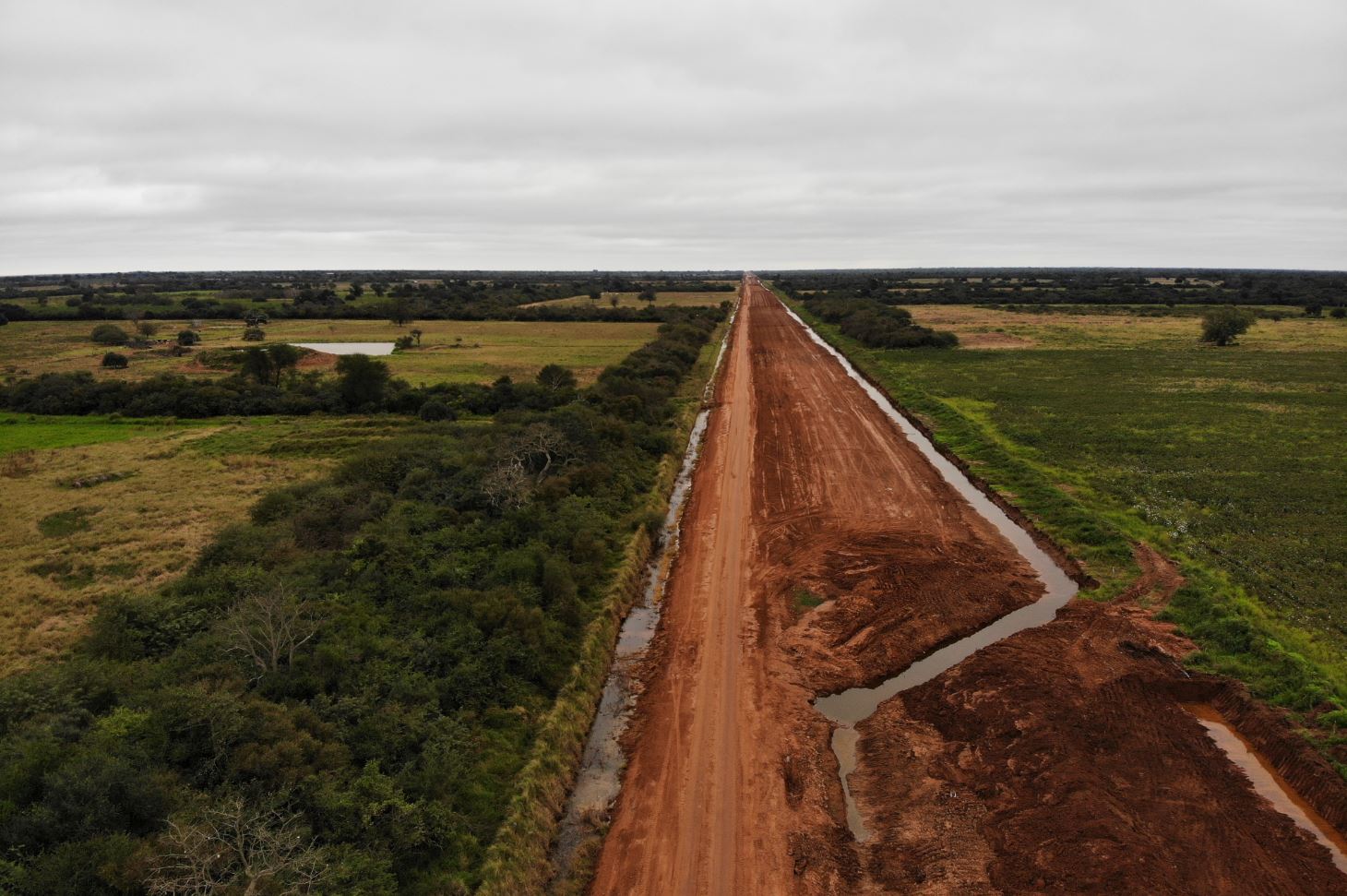 March 10, 2020 | South America’s bi-oceanic highway, which will stretch from the Pacific to the Atlantic – cutting right through Paraguay – is scheduled for completion in 2022. Joel Correia, Author provided Joel E. Correia, University of Florida

The “new Panama Canal” – that’s how some are hailing a highway now under construction in South America that spans the continent, from the Atlantic to the Pacific.

The Bi-Oceanic Corridor cuts through the Paraguayan Chaco, Latin America’s second-largest forest after the Amazon – and, these days, a hub of cattle ranching and soybean farming.

The Chaco – once a flat, scrubby and supposedly inhospitable forest – was transformed into a fertile agricultural region by Mennonite settlers who came to Paraguay in the early 1900s.

By 2017 this landlocked country of 7 million had become the world’s sixth-largest exporter of beef. When the new road is completed in 2022, it will markedly increase beef and other agricultural exports by truck to global markets via seaports in Chile and Brazil.

The bi-oceanic highway is only one visible sign of the Chaco’s agricultural boom: Extensive deforestation also scars the region. Roughly 14% of the Chaco forest was cut down between 2001 and 2014.

The Mennonites’ success in transforming the Chaco into a ranching powerhouse now undermines their own long-sought solitude, endangers this famous forest and threatens the very existence of indigenous people who’ve lived in the region since time immemorial.

The Mennonites of the Paraguayan Chaco who now number around 40,000, first arrived in the 1920s, escaping persecution from Stalin’s Russia by way of Canada.

Among other core beliefs, the Mennonites – a Christian religious minority originally from Germany – maintain a strict adherence to non-violence, including refusing to fight in war, and to the separation of church from state. Their beliefs led to their persecution in Germany and later in Russia, resulting in multiple migrations and relocations around the world.

In some Mennonite colonies, settlers still wear distinctive conservative clothing – often bonnets and long dresses for women and denim overalls with plaid shirts for men – and ride bicycles and horses as transportation. Other Mennonite colonies, like in Filadelfia or Neuland in Paraguay, lead a modern lifestyle based on ranching and agriculture.

When the Mennonites arrived to Paraguay a century ago, the country was at the brink of war with neighboring Bolivia, which claimed the Chaco as its own.

The Paraguayan government granted the new Mennonite arrivals citizenship and land in the Chaco, with guarantees they could maintain their educational systems, speak their language and avoid military conscription. Allowing Mennonites to establish settlements in the Chaco reasserted Paraguay’s territorial claims but dispossessed many indigenous peoples from their lands.

Mennonites continued arriving to Paraguay through the late 1940s. They worked collectively, in agricultural cooperatives, to develop the Chaco.

As their businesses grew, particularly cattle ranching, so did the need for reliable transportation to get their products to markets more quickly. In the 1960s Mennonite organizations helped get a highway called the “Trans-Chaco” built. Today it is a partially paved, pothole-ridden highway abhorred by truckers. It will soon be completely reconstructed even as the the Bi-Oceanic Corridor is underway.

With strong global demand for Paraguayan beef and other agricultural exports, many Mennonite communities today are thriving. In one of South America’s poorest countries, they enjoy living standards comparable to those in Spain or Portugal.

Changes on the forest frontier

The Mennonite’s success has come at a high cost, though, when it comes to environmental change, land conflicts and indigenous rights, my research in Paraguay finds.

The growing beef industry and expansion of soybean production from Brazil into eastern Paraguay are pushing ever more people into the Chaco. The population of Boquerón – the farming region of the Chaco where Paraguay’s Mennonite colonies are located – increased from about 15,000 in 1982 to roughly 67,000 today, according to government data.

Farmland, once cheap and plentiful for those willing to clear it, is getting prohibitively expensive. And as more people move in, the Chaco forest is disappearing ever faster. Deforestation is exacerbating conflicts over land rights with indigenous communities seeking to regain their ancestral lands.

Indigenous peoples are the hardest hit by change in the Chaco.

Some Ayoreo Totobiegosode communities, for example, live in voluntary isolation from broader society. Expanding development threatens their territories in the Chaco, undermining their right to life.

The Chaco’s deforestation impacts other indigenous Paraguayans, whose traditional livelihoods and cultural practices rely on the animals and plants now being replaced by soybeans and cows. Many indigenous communities additionally complain that agriculture has limited their ability to access the Chaco’s scarce water.

Paraguayan President Mario Abdo Benítez says he expects many more people to settle in the Chaco after the Bi-Oceanic Corridor highway is complete, drawn by the new economic opportunities it will bring.

The influx means the Mennonite communities who converted Paraguay’s so-called “Green Hell” into a mega beef exporter are experiencing unforeseen consequences too. The solitude they once sought is slipping away.

As new residents move into the Chaco, the rhythm of life is changing. Once quite streets buzz with the motorcycles that are now ubiquitous, as people ride to and from work. Bars have popped up, playing music late into the hot, dusty nights.