At the University of Florida’s commencement ceremonies on June 2, 1930, President John J. Tigert announced the creation of the Institute for Inter-American Affairs (IIAA), the first such research center in the United States to focus on Latin America. Having served as US Commissioner of Education (1922–28), Tigert was well aware of the growing interest in foreign affairs in the nation’s political, commercial and academic circles and sought to promote the “Good Neighbor Policy” of the Hoover and Roosevelt administrations. Interest in Latin America at the University of Florida is also a natural result of Florida's geographical proximity to the Caribbean and South America, its Spanish heritage, and its large Spanish-speaking population. 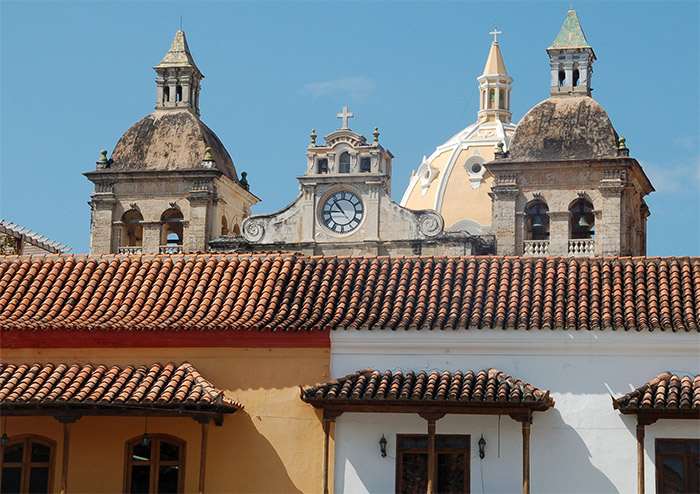 To demonstrate UF’s commitment to “better cultural and economic relations between the United States and Latin America,” the President awarded an honorary degree to a Latin American citizen for the first time, Cuban Ambassador to the United States, Dr. Orestes Ferrara. Over the subsequent decades, the institute evolved into what is known today as the Center for Latin American Studies.

The Institute’s inaugural conference was held in February 1931 as part of the celebratory events marking the university’s 25th year in Gainesville. The Plaza of the Americas was dedicated at the closing ceremony with 21 live oaks planted on the university quadrangle, one for each of the republics of the Americas of the time. While the IIAA held sporadic conferences on Latin American, these have been hosted annually since 1951, initially with an emphasis on Caribbean themes. The Caribbean focus of the School of Inter-American Studies was partly related to the Farmington Plan, a cooperative foreign acquisitions program that began in 1940 under the Association of Research Libraries. In the Latin American field, the UF library specialized in the Caribbean, an emphasis maintained to this day.

In 1961 UF received a major grant from the Rockefeller Foundation for a Caribbean Research Program. That same year the Latin American program was among the first in the country to be designated a National Resource Center by the US Department of Education (USDE) and to receive assistance and fellowships through the USDE’s Title VI program in area studies.

The University hosted the inaugural meeting of SALALM, the Seminar on the Acquisition of Latin American Library Materials.