Venezuela’s Popular Sectors and the Future of a Country 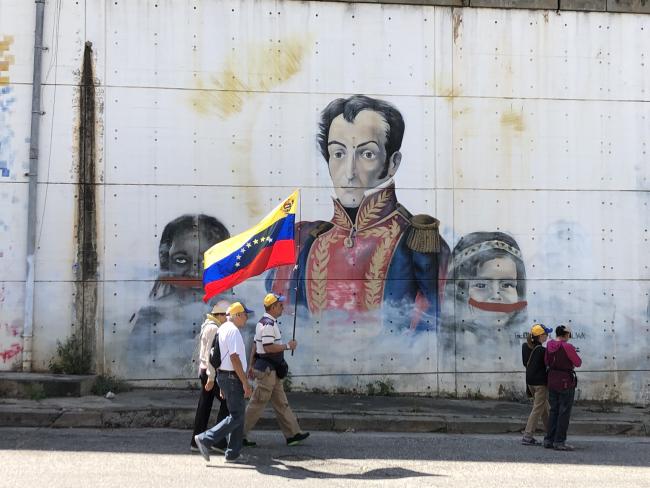 February 14, 2019 - Supporters of Juan Guaidó walk past a mural of Simón Bolívar on their way to a rally in January 2019 in Caracas. (Photo by Rebecca Hanson)

Dr. Rebecca Hanson, Center for Latin American Studies and Department of Sociology, Criminology, and Law faculty, published an article in the North American Congress on Latin America (NACLA). In the article, Dr. Hanson discusses the ongoing events in Venezuela, and the stance Venezuela's working-class people are taking in the crisis.

For years the opposition coalition has asserted that it represents that majority of the country, while ignoring the majority of Venezuelans—the poor and working classes. Can the opposition offer a meaningful alternative to the cronyism, corruption, and exploitation that has marked Maduro’s government? Until they accept and start to address the doubts and concerns that exist, they will continue to exclude a large majority of the population from their policies and practices, those who inhabit the most precarious and vulnerable spaces—even while the Maduro government denies their suffering.