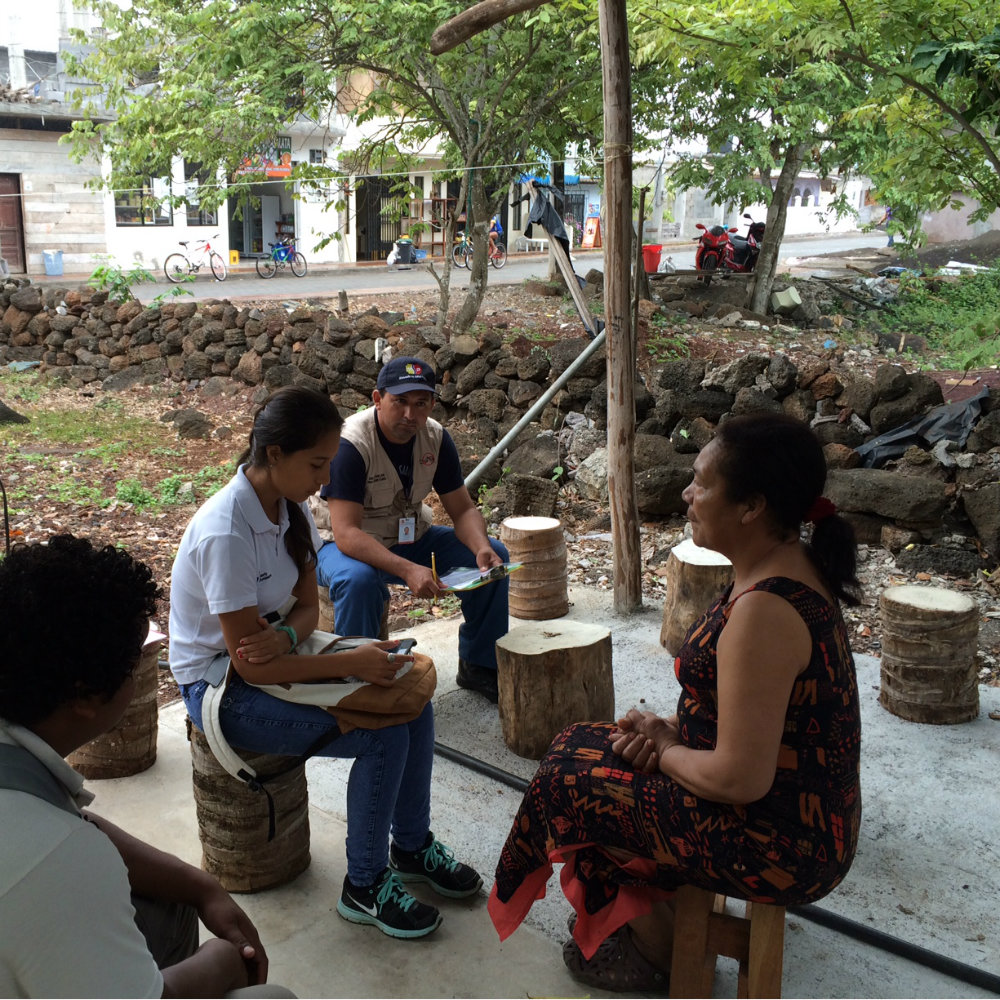 With its turquoise waters and abundant wildlife, Ecuador’s Galapagos Islands have long been a vacation dream of many. Tourist guides highlight playful sea lions and giant tortoises, but they do not talk about the mosquitoes. For the more than 30,000 people who live there, emerging epidemics of mosquito-borne disease such as dengue, Zika, and chikungunya, which causes fever and joint pain, are an ongoing threat.

A new study led by UF medical geographer Sadie J. Ryan, examined the social ecological factors associated with dengue fever and mosquito presence in the Galapagos Islands. This work is the first of its kind conducted in the Galapagos, where dengue has been considered a newly emerging disease since cases were first detected in the early 2000’s.

Ryan collaborated with the Biosecurity Agency of the Galapagos and colleagues from the Universidad San Francisco de Quito, the Escuela Superior Politecnica del Litoral, and SUNY Upstate Medical University. The team conducted household questionnaires and entomological surveys on the two most populated islands — Santa Cruz and San Cristobal. Statistical models were developed to identify the risk factors for the presence of self-reported dengue infection and Aedes aegypti, an invasive mosquito species that transmits dengue and other viral diseases.

Dengue fever is a serious disease throughout Ecuador and Latin America, with an estimated 16 million cases occurring in the Americas annually. Ryan emphasized, “The Galapagos Islands, and other island systems, present a unique challenge for vector control, given the difficulty in surveying and controlling mosquitoes across diverse landscapes separated by the ocean.”

Researchers found that the knowledge and attitudes of study participants were significantly associated with disease risk. They learned that water storage contributes to risk among island residents, but covering those containers reduces it. Because fresh water is scarce, the islands’ inhabitants store water in containers that attract mosquitoes that settle there. The study also found that human movement played an important role in dengue transmission, as people traveling between islands and traveling to mainland may be exposed to the dengue virus and bring the disease back to their local communities.

Says Ryan, “Our findings suggest that public health officials could develop targeted interventions that increase people’s knowledge of dengue transmission while changing their behaviors to prevent exposure to mosquito bites.”

The findings from this study have important implications for the formation of new health policies, providing localized information that will help reduce future outbreaks. Senior author, Anna Stewart-Ibarra of Upstate Medical University, says, “We need more research dedicated to understanding the health and well being of tens of thousands of local residents and hundreds of thousands of tourists who visit the Galápagos Islands each year, and how these health outcomes interact with the unique local ecosystems and wildlife populations.”

This is the first study of its kind in the Galapagos, and the first time household level risks of dengue have been rigorously explored off the mainland of Ecuador.

The study was published in the International Journal of Environmental and Public Health in a special issue on mosquito-borne diseases.

This article was republished from UF News. Read the original article.