From January 18 to the 20, a renowned and experienced group of black researchers from the Americas came together at the University of Florida for a workshop. Held in Ustler Hall, the workshop was made possible through financial support from the Center for Latin American Studies, the Multicultural & Diversity Affairs department, UF's LGBTQ Affairs office, the Center for Gender, Sexualities and Women Studies Research, the African American Studies Program, the International Center, the Samuel Proctor Oral History Program, and the UF College of the Arts. Dr. Tanya L. Saunders co-convened the meeting of professors, researchers and scholars from universities in the United States, Brazil, Argentina, Cuba, Puerto Rico, Colombia, Venezuela, Uruguay, the Dominica Republic and Haiti, in order to undertake a diagnostic of the challenges and goals of Afro-Latinx/African Diaspora Studies in the hemisphere.

The working group undertook a preliminary mapping of anti-racist work of Afro-Latinx, African Diaspora and Black Studies organizations in the hemisphere. This was done with the goal of creating a decentralized network of scholars in the region, and their host institutions, that could collaborate in a variety of activities.

In addition to mapping future institutional collaborations, the participants also engaged the larger academic community at UF through the public presentation of their scholarship. On Thursday, January 17, the Center for Latin American Studies hosted a guest lecture by Dr. Gladys L. Mitchell-Walthour, entitled Black Identity and Continuing Back Movement Activism in Brazil in an Era of Repression. Dr. Mitchell-Walthour discussed the increasing saliency of a black racial identity in Brazil, as well as how black activists have organized around such identities including black women's grassroots organizing. 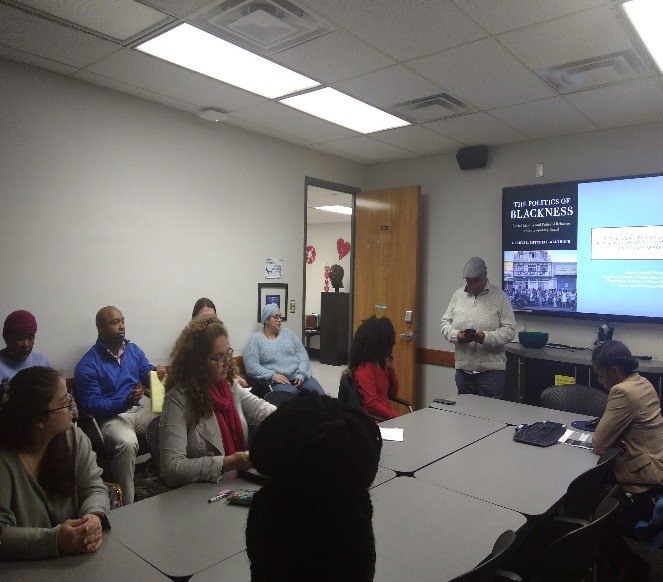 A film screening of the documentary Maestra was held the night of Friday, January 18. Narrated by Pulitzer Prize-winning author Alice Walker, the film explores the experiences of nine women who, as part of Cuba’s National Literacy Campaign, helped eradicate Cuban illiteracy within a year.

The screening was followed by a discussion with Cuban psychologist Norma Guillard Limonta (one of the teachers involved in the National Literacy Campaign) and Catherine Murphy, the Director and Producer of the documentary. 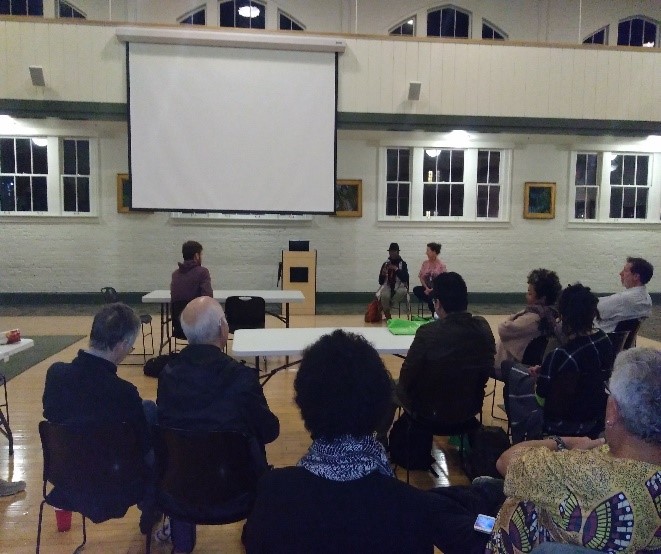 January 18 – Ustler Hall – Film showing of Maestra. Producer Catherine Murphey (to the right in front of the room) and documentary participant Norma Guillard Limonta (to the left of Catherine)

As the culminating event, on Sunday, January 20, Yuderkys Espinosa and Ochy Curriel gave a lecture on black feminism and decolonial activism in Latin America and the Caribbean called Black Feminist Decolonial Thought: Notes for the 21st Century. This was a conversation between two canonical black feminists who are widely read throughout the world, however, due to the politics of translation, are only recently being read in the United States. The lecture was a great opportunity for students to enter into a conversation with two foundational figures in decolonial feminism. 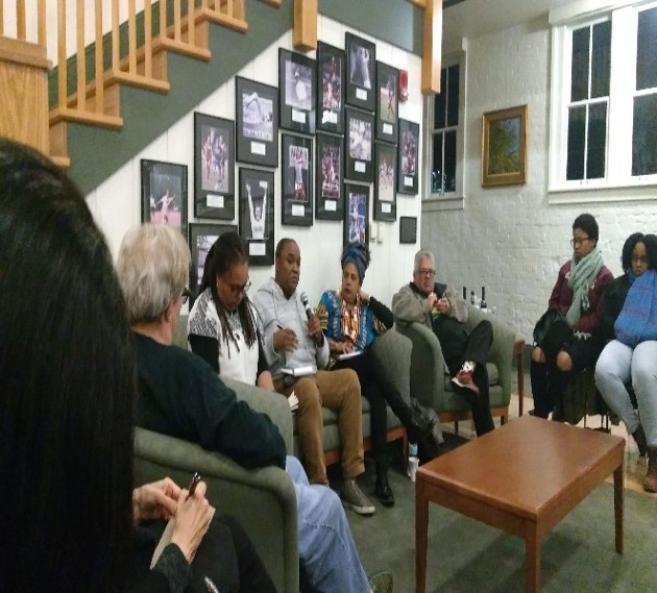 The conversation with Yuderkys and Ochy highlighted the overall energy of the workshop and the accompanying public events. It was an opportunity to bring together a group of well-known scholars throughout the hemisphere, who worked together exchanging ideas for two days, thinking through points of institutional collaborations, and sharing our work with UF’s larger intellectual community.