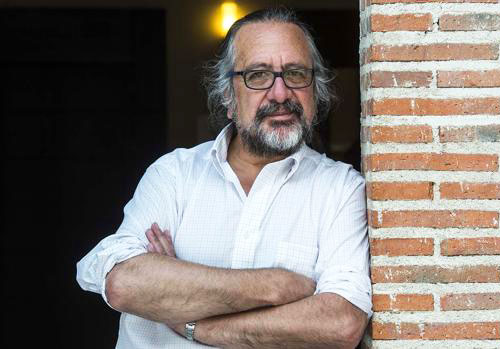 Dr. Carlos de la Torre, Department of Sociology Professor at the University of Kentucky, has been appointed director of the University of Florida Center for Latin American Studies. De la Torre will assume the position effective August 2.

“The search committee was exceptionally active in advertising the position, and they assembled an outstanding slate of candidates,” said Dr. David Richardson, dean of the College of Liberal Arts and Sciences and chair of the search committee. “Dr. de la Torre will bring an impressive vision and an excellent background to the center. It was a pleasure to work with the center on the search.”

De la Torre is not a newcomer to the University of Florida. His ties to the university and the Center date back to 1983, when he graduated from UF with a Bachelor of Arts in Sociology and a certificate in Latin American Studies. He returned to UF in 2006 as a LASA Lecturing Fellow at the Center for Latin American Studies, where he took advantage of the resources offered by the Latin American and Caribbean Collection at Smathers Library.

As a scholar, de la Torre has pursued two research agendas. At the start of his career, he studied the ambiguous relationship between Latin American populism and democracy, with the goal of understanding the complexities of populist politics in order to strengthen democratic governance. His second area of research examined racism and citizenship in Latin America. Through his research, de la Torre sought to show the workings of racism as an institutionalized system of power and to inform social movement activists on how to eradicate racism to democratize society.

De la Torre’s current research relates to global populism. In 2015 he published The Promises and Perils of Populism: Global Perspectives with the University Press of Kentucky. His latest book, The Routledge Handbook of Global Populism, Routledge Press, 2019, has over 30 contributors and provides readers with a systematic overview of the history and development of populism in different world areas.

De la Torre earned both his Master of Arts and Ph.D. in Sociology from the New School for Social Research.

He succeeds Dr. Philip J. Williams as director. Williams stepped down from his role on July 15, after a ten-year directorship.

Join us in welcoming Dr. de la Torre back to the University of Florida and the Center for Latin American Studies.