Abdias do Nascimento Academic Exchange Program at the University of Florida 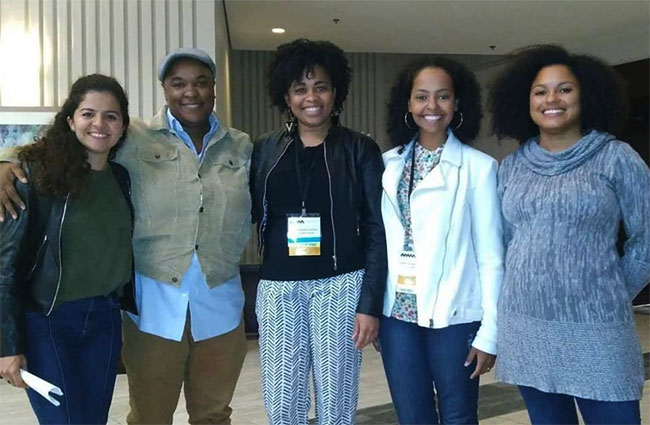 In 2018, the Center for Latin American Studies hosted seven Brazilian students at the University of Florida, to participate in the Abdias do Nascimento Academic Exchange Program. They were welcomed by Dr. Tanya Saunders, who was their academic advisor throughout the year. The Abdias do Nascimento Program was dedicated to the structuring, strengthening, and internationalization of the research and postgraduate programs through the mobility of professors and students. 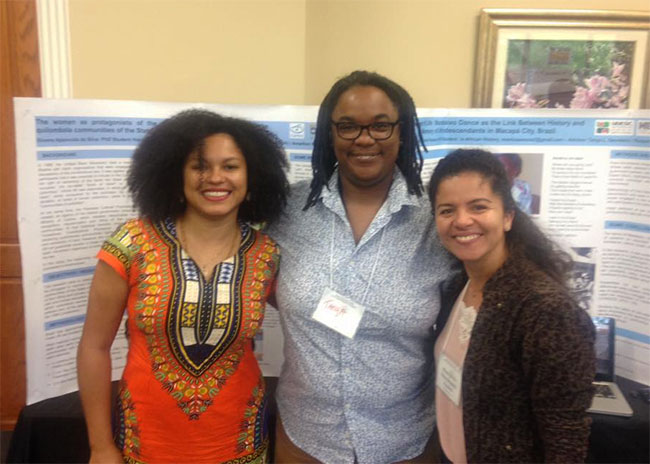 The objective is to promote academic exchange between research and higher education institutions in Brazil and abroad, to provide joint research, technological development, and innovation activities with international partners. The Coordenação de Aperfeiçoamento de Pessoal de Nível Superior (CAPES) offered black students scholarships to live at a foreign university for up to one year at the doctorate level and six months for undergraduate students. The Academic Incentive Grant of the Abdias do Nascimento Program was created in 2014 as part of an affirmative action policy for the Brazilian black population. Black Brazilians constitute 51% of the total population in the country yet barely make up 2% of Brazil's Higher Education.

At the University of Florida, the exchange students were able to participate in courses that were offered and were related to their research. They also participated in lectures; literary activities; seminars; conventions; and national and international conferences such as the Center for Latin American Studies Annual Conference “Buen Vivir and Other Post-Development Pathways”, featuring Ecuadorian political and intellectual leader Alberto Acosta. The students also met with researchers and activists from all over the world, especially from Latin America. They also participated in the National Women's Studies Association Annual Conference, where they presented their research and engaged in discussions regarding the murder of Brazilian human-rights activist Marielle Franco, the advance of the extreme right in Brazil and the repercussions of this on public policies for the black and indigenous population. 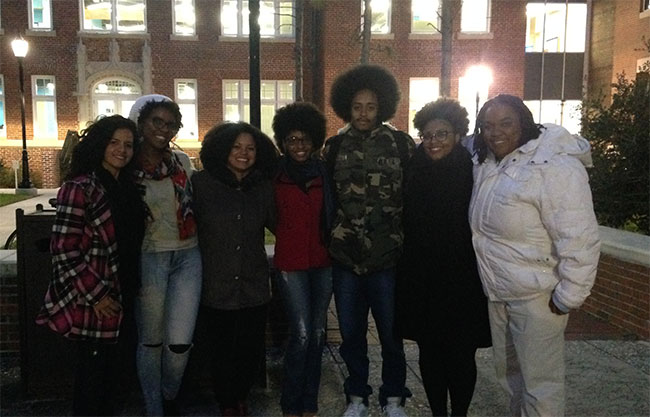 Through this exchange, the students also deepened their knowledge of the English language as well as promoted the study of Portuguese with students learning the language at the Center for Latin American Studies. Overall, this was an important and empowering experience, which helped the students understand the international dimensions of their research and improve the study of racial and gender issues presented in their work.

We thank the Center for Latin American Studies at the University of Florida, especially Dr. Tanya Saunders for the valuable international exchange experience.

Below is the research developed by the exchange students.

Abdias Nascimento, writer, painter, playwright, politician and poet, was one of the greatest Brazilian human rights activists; he was nominated for a Nobel Peace Prize in 2010. He was a very important civil rights black militant during several decades and left a legacy to black people's struggles in Brazil. To know more about this important character of the Brazilian Black Movement see the website of the Institute of Research and Afro-Brazilian Studies (IPEAFRO) created by him: http://ipeafro.org.br.