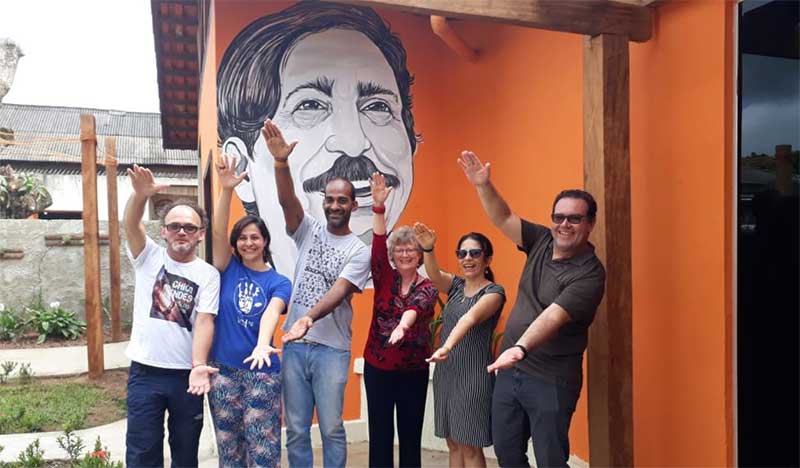 A meeting to remember and reaffirm Chico Mendes’s legacy was organized by the Brazilian Grassroots Movement Conselho Nacional das Populações Extrativistas (CNS), in the hometown of the union leader, Xapuri, Acre State, during December, 15- 17, 2018.

More than 500 people participated in the "Meeting Chico Mendes 30 Years: A memory to honor. A legacy to defend" resulting in a memorable letter, “Carta de Xapuri”- a manifesto built collectively to reaffirm the commitment to the defense of the Amazon, of the populations that live in it and to push forward the generational pact between the leaders of yesterday, today and tomorrow.

The revolutionary ideas of the Chico Mendes, a humanist and environmentalist, are the basis of public policies for sustainable development in the world. The movement he led in the 1980s resulted in the creation of Extractive Reserves in Brazil, among other environmental achievements. Mendes is a symbol of the global social and environment movement. 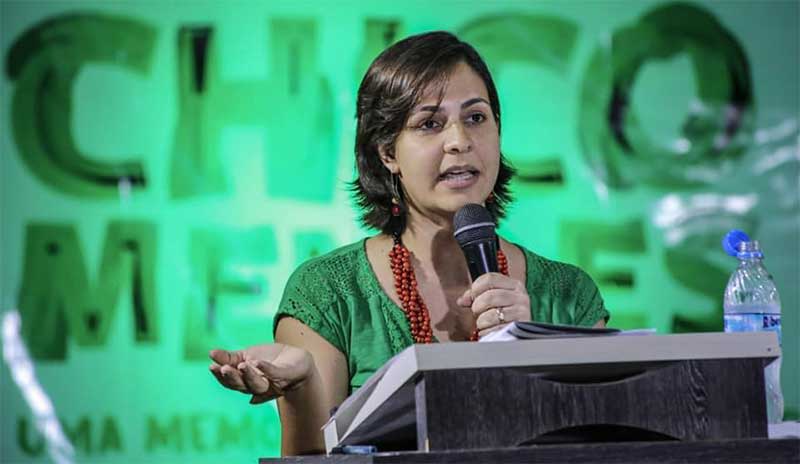 Chico Mendes was murdered in 22 December 1988, at his house in Xapuri. Since then, extractivism and their partners organize annual meetings to maintain Mendes’s legacy. This time completed 30 years of Mende’s murdered.

TCD faculty, alumni and student joined the meeting with important contributions. Ana Luiza Violato Espada and Denyse Melo participated in the panel related to Gender and Sustainability.  Valério Gomes were invited to compose the panel related to family-based agriculture and forest sustainability. Ricardo Melo were invited to moderate the panel “Millions of Hectares of Protected Areas.” Marianne Schmink introduced the TCD contributions to Acre’s forest conservation and social movement researcher. Leonardo Pacheco participated in dialogues about the role of the government in Amazonia protection. 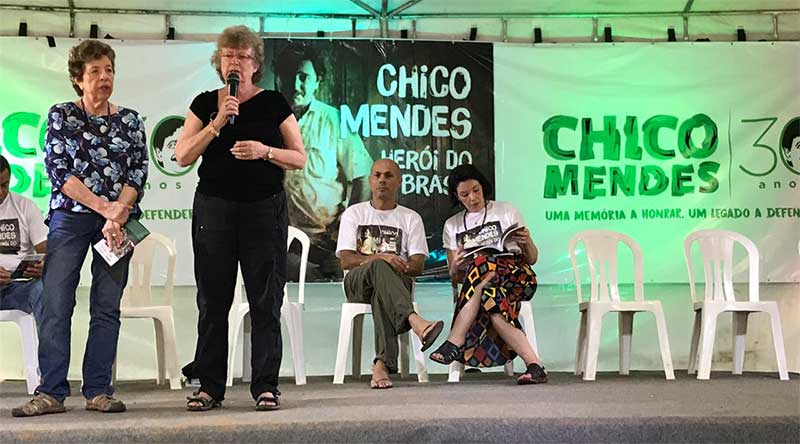 TCD program has a long-term involvement research in Acre State, within several students and faculty visiting the Extractive Reserve Chico Mendes and others territories created to conserve the forest and protect local livelihoods as a result of Chico Mendes and colleagues work.