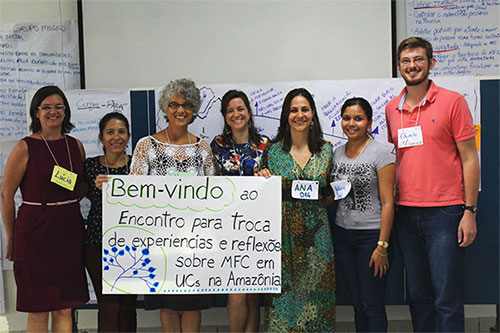 The state of Acre in the western Brazilian Amazon has been the region’s poster child for sustainable forest management and conservation. Acre was the epicenter of the rubber tapper social movement in which rubber tappers and their allies directly confronted the actors driving Amazonian deforestation. From this conflict emerged a new type of sustainable-use conservation unit called extractive reserves, the first of which was also established in Acre.

Despite the many achievements championed, forest management in Acre and the broader Amazon region has faced a spectrum of challenges, to which forest livelihoods and management stability within conservation units such as extractive reserves are precariously sensitive. Extractive reserves and community-based timber management suffer from an insufficient allocation of human and financial resources to governmental and non-governmental institutions responsible for monitoring and sanctioning reserve performance and generally supporting conservation and development within these protected areas. 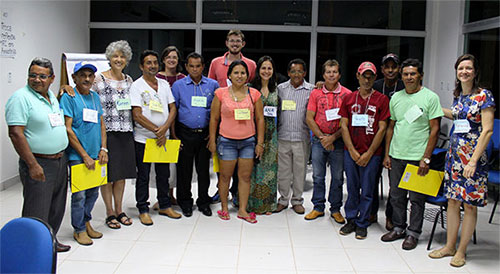 The workshop was originally conceived by two School of Forest Resources and Conservation (SFRC) Ph.D. students (Ana Luiza Violato Espada and Natalie Cooper) who are also pursuing a Tropical Conservation and Development (TCD) certificate offered through the Center for Latin American Studies (LATAM). These two quickly obtained buy-in from their advisor, Dr. Karen A. Kainer (jointly appointed to SFRC and LATAM), her long-term Embrapa collaborator (Lúcia Wadt), another SFRC-TCD M.S. student (Eduardo Schmitz Bongiolo) and UF-TCD alumnus (Dr. Denyse Melo), along with a suite of Brazilian federal and state institutions.

The exchange of experiences and reflections on the theme were based on oral reports from community leaders of the extractive reserves Chico Mendes, Verde Para Sempre, Mapuá, and Ituxi in the states of Acre, Pará, and Amazonas, respectively. These reports were instrumental in guiding the ensuing discussions with representatives from the various institutions in Acre and Pará that partner with extractive reserve residents to collaboratively manage these important federal conservation units that cover approximately 12 million hectares (or 29 million acres) of the Amazon. 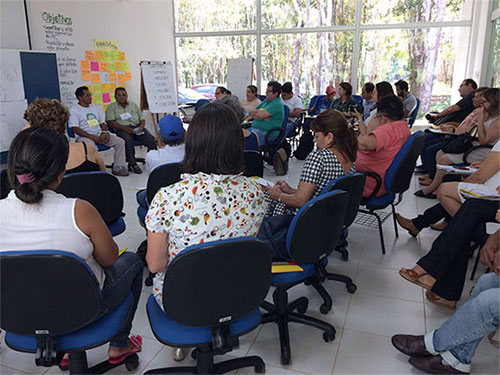 The workshop sought to bring these institutions together to share information and resources with Reserve residents and to jointly tackle these enormous challenges. The interaction between different actors not only improved understanding of the different approaches to community management but also strengthened the communication networks among all involved.