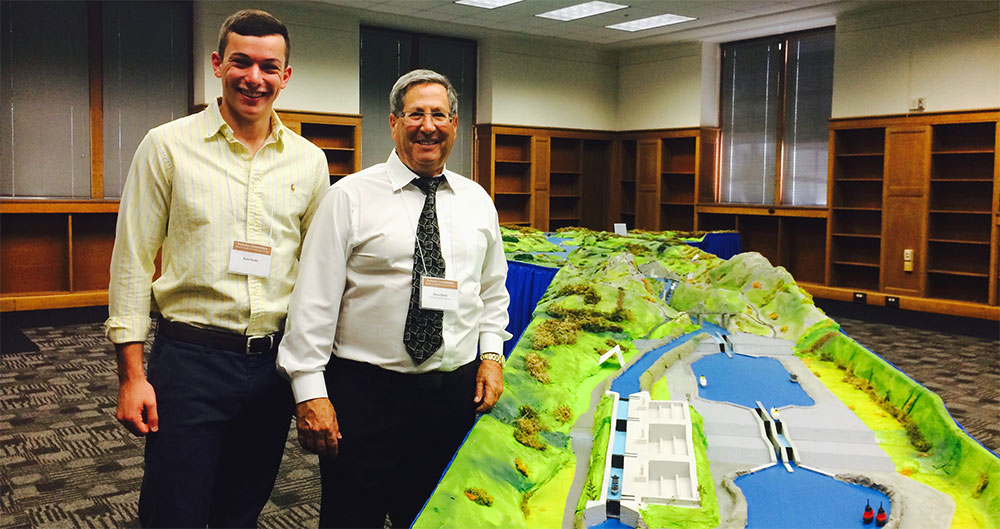 October 2, 2019 | Steven Keats and his son at the UF Panama Canal Centennial Celebration at the UF George A. Smathers Libraries.

Tell us about your current position.

I have been in the shipping business since 1977, working for several different local shipping lines serving the Caribbean region and the North Coast of South America. Shipping and logistics is in itself interdisciplinary.

This time included a 19-year stint with Tropical Shipping based in Riviera Beach. During this period I had the opportunity to live in the Virgin Islands, work in the Dominican Republic, Central America, islands of the Caribbean and also lived in Barbados.

Today, I am a partner in Kestrel Liner Agencies LLP, founded in Miami in 2003. What we do is offer a shipping network by sea, land, and air from over 100 countries to and from the Caribbean Basin and Latin America. Mostly what we ship are consumer goods, furniture, foodstuffs, machinery, and equipment.

Traveling is first. I had the opportunity to visit over 80 countries and helped build a network encompassing over 145 ports around the globe. Long term friendships were made, whether I met people face to face, via emails, or in video conferences.

What motivated you to pursue a certificate in Latin American Studies? 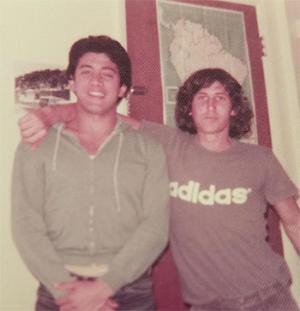 Growing up in South Florida, my friends and I had to travel to find good surfing locations. In 1972 and 1973 I made several pioneering surf safaris to El Salvador and Peru during summer vacations. By the way, I had to save up for these trips by holding part-time jobs. If only social media was around, I could have been an “influencer” and traveled for free!

I started studying sociology because I was always interested in particular Latin American cultures. During my Junior year, my advisor, Dr.  Glaucio Soares (who I still maintain contact with), asked me why I was studying sociology. After I explained that I wanted a career that would keep me near the ocean and that I loved different countries, he suggested that it was a noble idea but that I would never make a decent living. I was floored! He gave me the advice to develop an interdisciplinary program that would emphasize Latin American History, Portuguese (I already spoke Spanish), and courses from both the business school and Arts and Sciences, including marketing, management, economics, and statistics. We called the Major “Latin American Trade Relations”.

While completing your LAS certificate, is there a particular skill you learned or class you took that helped set you apart in the workplace? If so, how did it do this?

My training proved to be well meshed and covered many interrelated subjects. I suppose you could say as a generalist I knew a little about a lot of subjects and was a master of none. I believe, though, that being a good learner I could specialize in what was needed for my job responsibilities to become a proficient expert. I love history and have specialized in studying the “Age of Exploration”. Today I have a collection of rare maps from the 15-17th centuries that show how knowledge and our understanding of the world progressed.

During my Junior year, I did a study based on SPSS statistical analysis to determine how long farmers in Latin America could expect to see their factor inputs. To share how old I feel, we used punch cards and had to book time in the “computer room”. My senior thesis was entitled, “Florida’s Role in  Latin American Trade”. In the ’70s, Latin American trade was controlled in New York because that is where the shipping lines, warehouses, and banks had their head offices. My point was that once South Florida matured in banking services and distribution, our compelling geography and local Spanish culture would take over control of the North/South axis and that the region would also develop an East-West Axis between Asia and Europe. Needless to say, that is exactly what happened.

To answer what were the most particular skills I learned, I can say it is to work hard and be flexible on my feet, literally. In my Junior year, I  sold books and study guides door to door for the Southwestern Company, which recruited for summer jobs in the UF campus. We were sent to Nashville to get indoctrinated and then off to the Midwest for 12 weeks. It was the hardest job I ever had and by the last week, I was jumping out of trees trying to sprain my ankle as I had had enough. What was a real eye-opener was a time I was pitching the study guides to a mother and son. The father came home from the Caterpillar factory and asked me what I was doing. I showed him the neat metric conversion tables to which he replied, “we don’t need the metric system, the USA makes everything”. Profound words in 1976!

What would you most encourage students to take away from their experience at the Center for Latin American Studies? 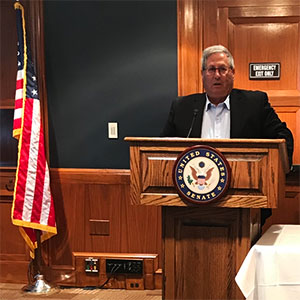 What I wish to share are life lessons I’ve gained both in and outside of my UF experience.

Bond closely with your advisor(s) and find mentors.

Take advantage of every travel opportunity you can. Immerse yourself in the local culture including eating first and asking questions later. Although, I recently returned from Morocco and can say I will never eat another bowl of couscous with veggies and goat head.

Enjoy the inter-connectivity of the world; Latin America as we know it today developed through the impetus of Iberian exploration. Now there are many more touchpoints and influencing factors including China taking a leading role.

Develop your own stories through your experiences and learn how to share them. Among my own include coming within one meter of falling off of Machu Picchu; working for the carrier responsible for shipping cargo to Jonestown; transporting the only available rocket fuel for the first phase European Space Agency Ariane Program in French Guiana; getting assaulted by the Venezuelan National Guard in Isla Margarita; being on the receiving end of Hurricane Hugo in the Virgin Islands and Hurricane Mitch in Central America; as well as being the first logistics provider to bring in ships to Haiti after the 2010 earthquake. There really is a book in there after 42 years.

Whether you choose a career in business or academia, consider your value and what value you deliver; what is the return? I was always taught to work hard and play hard. I’ve been fortunate to have had a career path that allowed me to do just that. In whatever you are doing and no matter where you are, make the time to disconnect from your day to day and appreciate your settings. Lastly, develop your personal networks; your relationships are gifts that keep giving and will last a lifetime.

HOW WOULD YOU DESCRIBE YOUR EXPERIENCE AS A CERTIFICATE STUDENT?

During my years of study, the Center had virtually no peers nationwide in the quality and quantity of top professors on staff. That included notables Neill Macaulay Jr., Terry McCoy, Andres Suarez, Glaucio Soares, and David Bushnell to name a few.

I felt I was in a unique environment especially in the Interdisciplinary Studies program in which there were only a handful of other students, including a close friend, Rudy Ortiz who went on to develop horticulture businesses in Costa Rica.

What resources offered by the Center/UF did you find beneficial?

First, mentorship. I cannot stress how the guidance I received influenced my life and career path. Learning Portuguese from Dr. Davies was interesting as he taught me to speak like a Carioca. Later in my career doing most of my business in the South of Brazil, my accent changed.

We did not have any travel opportunities available in those days so I am happy to see that today there are many avenues available to students. 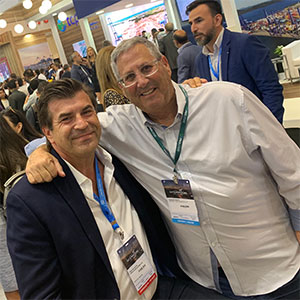 Is there anything else you would like to share about your experience as a student at the Center?

Many of the concepts I learned, their value did not become apparent until many years later. What I would add is that during your education stay focused on what employers are currently looking for: Critical thinkers, constant learners who are willing and able to adapt to rapidly changing circumstances, being open-minded, and being immersive. I mentioned the value of being a generalist. When you read today what employers are looking for in candidates there is a definite shift in outlook. The Center for Latin American Studies provides the environment to marry up specialization with generalization with the end result being a more rounded individual in one’s chosen career path.