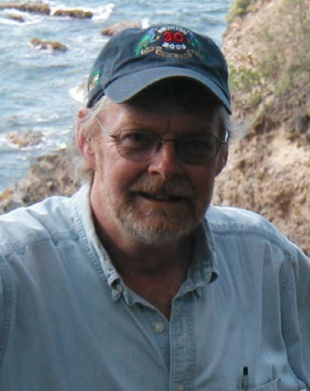 Dr. Robert Maguire is Director of the Latin American & Hemispheric Studies Program of the Elliott School of International Affairs at the George Washington University, where he is also Professor of the Practice of International Affairs in the International Development Studies program. In addition, he serves as Chair of the Haiti Advanced Area Studies Seminar at the U.S. State Department’s Foreign Service Institute. In 2008/09 he was a Jennings Randolph senior fellow at the U.S. Institute of Peace.

From 1979 to 1999, Maguire was the Inter-American Foundation’s Representative for Haiti and the Caribbean. In 1994, he created the Haiti Program, a research and policy initiative active through 2008 at Johns Hopkins, Georgetown and Trinity Washington Universities. In 2000, he served as advisor on Haiti at the U.S. State Department. Maguire has published extensively on Haiti, US-Haiti policy, and Haitians in the U.S. He has testified before the U.S. Congress, most recently in February 2010. He has traveled throughout Haiti during his more than 100 visits there and speaks Creole.

Maguire earned a Ph.D. in Geography from McGill University in Montreal, an MA in Latin American Studies from the University of Florida, and a BA in Secondary Education from Trenton State College. At George Washington he teaches graduate and upper level undergraduate seminars on poverty alleviation, grassroots development, development policy, and development in post-disaster settings. He was a Peace Corps Volunteer in Dominica, West Indies.

How did the MALAS degree help prepare you for your career?

The multidisciplinary nature of the MALAS degree was very important in helping to prepare for my career in public service with the State Department and the Inter-American Foundation. My MALAS concentration was geography, but complementary courses in anthropology, history, literature, and political science, as well as several courses I took at IFAS all contributed toward helping me to navigate real world issues.

How did you become involved with Haiti and with U.S.-Haitian relations?

Between my 1st and 2nd years in the MALAS program, Dr. Gustavo Antonini of the Geography Department offered me an opportunity to go to Haiti to participate in a summer study program there. Several years later, when I was in Southwest Louisiana undertaking Ph.D. research in Black Creole communities (where I learned Creole), the Inter-American Foundation asked me to go to Haiti to evaluate its work there, which thereafter translated into a job at the IAF. Once in Washington, I connected with the Congressional Black Caucus, which initiated my involvement in US-Haiti policy issues.

What aspects, if any, of your training with the Peace Corps have you found most useful in your career?

My Peace Corps experience helped me to understand the importance of connecting with and listening seriously to the ‘voiceless’ of a society, and that development begins with investing in people to help change human relationships that contribute to persistent poverty, inequality and underdevelopment. This realization has been extremely important in guiding my work in Haiti.

Do you have any current research projects?

As a ‘voice on Haiti’ in Washington, I constantly keep abreast of developments there, particularly as linked to poverty alleviation, social & economic development, and politics. I also track evolving U.S. and international development policies and practices, and have just completed an article on aid effectiveness reform in the Obama Administration. Finally, I’m developing a new course – with a short term study abroad component to it – on small island developing states in the Caribbean, with a focus on Dominica.

What advice would you give recent graduates looking to pursue a career in foreign relations?

A Rastafarian friend once advised me to ‘live clean and let your works be seen.’ In this regard, I think it’s important to pursue one’s passion and demonstrate an ability to dig beneath the surface. This also implies the importance of developing and using networks. A multidisciplinary background is a real plus in international affairs, so MALAS grads already have an advantage in this regard.