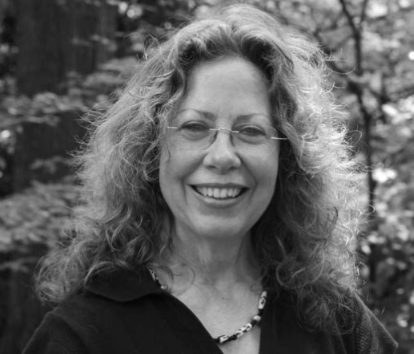 Jane Landers is the Gertrude Conaway Vanderbilt Professor of History at Vanderbilt University. She is the author of numerous books, chapters, and articles on Africans in the Atlantic World, the most recent being the award-winning Atlantic Creoles in the Age of Revolutions (Cambridge, Mass., 2010). She is the recipient of fellowships from the Guggenheim Foundation, the National Endowment for the Humanities, the American Council of Learned Societies, the British Library Endangered Archives Programme, and the Fund for the Improvement of Post-Secondary Education. She is currently co-directing Vanderbilt’s Andrew W. Mellon Foundation John E. Sawyer Seminar, “The Age of Emancipation: Black Freedom in the Atlantic World and the Circum-Atlantic Studies”, now in its eleventh year. Another of her long-term projects is the Ecclesiastical and Secular Sources for Slave Societies digital archive (https://www.slavesocieties.org/) which is preserving the oldest records for Africans in Brazil, Colombia, Cuba, and the present-day United States. She has consulted on a variety of archaeological projects, documentary films, and museum exhibits about Africans in the Americas. During her Guggenheim Fellowship year she will complete a monograph on the evolution of communities of African descent in the Iberian Atlantic from their earliest formulations as autonomous kingdoms in the wilderness through their last vestiges as formally recognized free black towns in the eighteenth century. This book builds on more than twenty years of ethnohistorical research in archives in Spain, Cuba, Ecuador, Colombia, Mexico, the Dominican Republic and Brazil, and is informed by archaeological investigations of African sites in the Americas.

How did the Center help prepare you for your career?

During my graduate career at UF I regularly attended lectures and conferences at the Center that introduced me to some of the best scholarship in fields beyond my own of history. This interdisciplinary training was extremely important in my formation and later career.

What are the aspects of your current role that you most enjoy?

One of my favorite roles is serving as graduate advisor to a group of fantastic young doctoral students. I love helping them develop their interests and dissertation topics and end up wishing I could write them!

I just received fellowships from the American Council of Learned Societies and the Guggenheim Foundation to complete a monograph entitled "African Kingdoms, Black Republics and Free Black Towns across the Iberian Atlantic" and I also hope to complete a biography entitled "Atlantic Transformations: The Many Lives of Francisco Menéndez and His Free Black 'Subjects'". In the meantime I also direct a digital archive project that is preserving the oldest serial records for Africans in the Americas.

What advice would you give to MALAS graduates that are looking to pursue a career in academia?

My advice to all graduate students is to be diverse and open to all possibilities of employment. Academia is the career I have chosen but your language and cultural skills are going to be ever more important in this rapidly globalizing world and good research and writing skills have many applications. I have used mine in social work, teaching, research for archaeological investigations, museum exhibitions and documentary films and in grant writing. The latter allowed me to co-direct a Brazilian student exchange program with partners from UF’s Center for Latin American Studies, Robin Wright (Religion) and Aimee Green (LAS).

What would you most encourage MALAS students to take away from their experience at the Center for Latin American Studies?

The Center for Latin American Studies at the University of Florida is one of the premiere institutions in the nation and in addition to the excellent faculty and courses, you should try to take advantage of every one of its amazing resources while you are in residence - speakers, symposia, film and musical events, exchange programs and unique collections. An impossible task, I know, but an enjoyable one!