Terry McCoy is Professor Emeritus in Latin American Studies and Political Science at the University of Florida.  He taught, conducted research and consulted professionally throughout the Americas, beginning as a Fulbright Scholar in Chile.  He is the author of numerous scholarly publications and a contributor of commentary on Latin America events to various periodicals.

McCoy served as Director of UF’s Center for Latin American Studies, 1985-96, and Associate Director of the Center for International Business Education and Research (CIBER) in the Warrington College of Business Administration, 1999-2010.  He established the Latin American Business Environment Program in 1999 and directed it until his retirement in 2013.

Beginning the mid-1990s McCoy’s research, teaching and consulting focused on business and investment in Latin America and Inter-American relations.   He published an annual assessment of the business environment in the region.  In addition to speaking to business and professional groups in the U.S., under the sponsorship of the U.S. State Department he did programs throughout Latin America.  He served as a consultant on Latin America for Boeing and Russell 20-20 and other corporate clients. 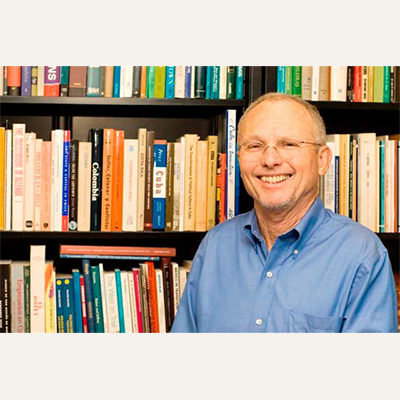