Towards an Acoustemology of Afro-Cuban Rap 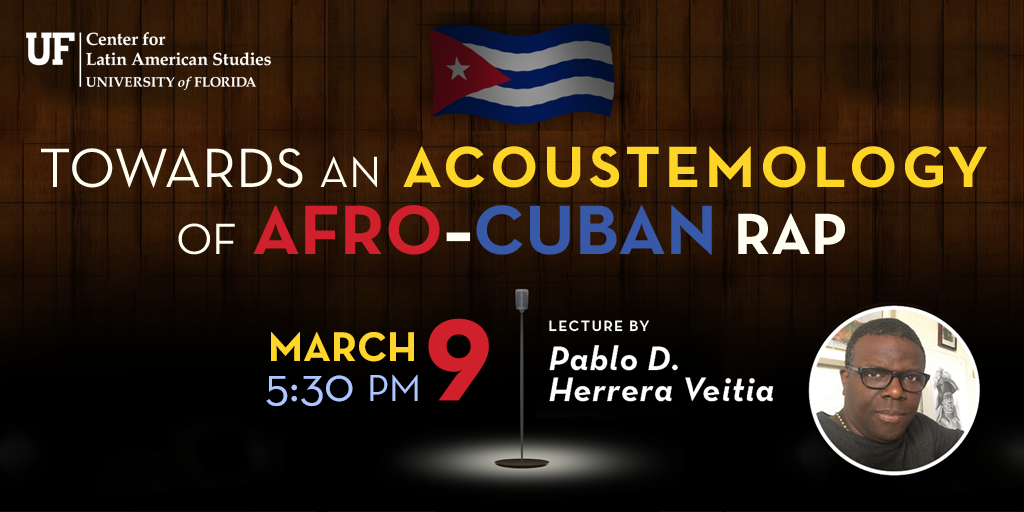 Public lecture by Pablo D. Herrera Veitia
This event will be livestreamed on the Center's YouTube channel

What is the nature of Afro-Cuban rap music? As ethnographers, what tools should we use to best grasp its meaning in the context of Cuba? Cuba's notion as a non-racial society dates back to our nation’s wars for independence from Spain in the late 1800s. After 1959, the Cuban socialist government declared itself an heir of that raceless society ideology to solidify popular unity under the socialist revolution. By 1994, with the dollar's re-insertion as legal tender in Cuban territory, blacks found themselves once more at the bottom of society. In Havana, using rap music to communicate how the crisis affected them, Afro-Cuban youths drove the racial debate into the public sphere. This presentation will argue that their songs must be explored as indexes of citizen-citizen and citizen-state exchanges and as sonic elaborations of an Afro-Cuban nation that is geographically inexistent. 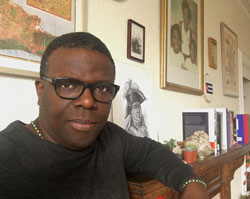 Pablo D. Herrera Veitia is currently a PhD Candidate in Social Anthropology at the University of St Andrews, UK. Arguably Cuba’s most influential beat-maker and a pioneer of the Afro-Cuban and Cuban Hiphop sounds, his research follows the question; What is it like to be Afro-Cuban in Havana today? It explores how the presence of amplified urban Afro-Cuban music in public and domestic settings may be construed as a form of citizenship.

Herrera Veitia was the recipient of a 2018-2019 Nasir Jones Fellowship at the Hiphop Archive and Research Institute (HARI), Hutchins Center for African and African American Research, Harvard University. Hearing Afro-Cuban Rap, the archival project he began in collaboration with the HARI and Loeb Music Library treats golden-era Afro-Cuban rap songs, in particular, as the meaningful ethnographies that best articulate the counter-narratives that drove the racial debate into Cuba's public sphere between 1995 and 2004.

His writing has appeared in Cuba’s CIDMUC, Revista Casa de las Americas, Metronome's documenta 12 Magazines issue, and more recently in OkayAfrica.com where he has developed part of their profile on Afro-Cuban urban music and culture. Herrera Veitia has collaborated in several major academic research projects on rap and reggaeton music in Havana. Some of those projects include Sujatha Fernandez’s Cuba Represent and Close to the Edge; Tanya Saunders’s Cuban Underground Hiphop; Marc Perry’s Negro Soy Yo; and Geoff Baker’s Buena Vista In the Club.

To his credit as a cultural producer goes the coordination of the Black August Collective showcases in Havana. A series of US-Cuba people-to-people music events, Black August, brought to Havana's International Rap Festival, presentations by Mos Def and Talib Kweli’s Black Star, Hi-Tek, Dead Prez, Common, Tony Touch, and Project Blowed between 1998 and 2002. He was also instrumental in The Roots concert in Havana, amongst other projects.