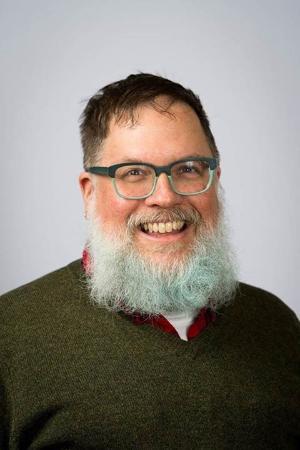 Lawrence La Fountain-Stokes is Professor and Chair of the Department of American Culture and former director the Latina/o Studies Program at the University of Michigan, Ann Arbor. He is also Professor of Romance Languages and Literatures and of Women’s and Gender Studies. Born and raised in San Juan, Puerto Rico, he received his AB from Harvard (1991) and his MA, MPhil, and PhD from Columbia (1999). He is author of Queer Ricans: Cultures and Sexualities in the Diaspora (University of Minnesota Press, 2009) and of Escenas transcaribeñas: Ensayos sobre teatro, performance y cultura (Isla Negra Editores, 2018) and coeditor with Deborah R. Vargas and Nancy Raquel Mirabal of Keywords for Latina/o Studies (New York University Press, 2017). His book Translocas: The Politics of Puerto Rican Drag and Trans Performance was published by the University of Michigan Press in 2021 as part of the Triangulations: Lesbian/Gay/Queer Theater/Drama/Performance series. He has coedited queer issues of CENTRO Journal, Sargasso, and Hostos Review/Revista Hostosiana and has published two books of fiction, Uñas pintadas de azul/Blue Fingernails and Abolición del pato. Larry performs in drag as Lola von Miramar since 2010, and has appeared in several episodes of the YouTube series Cooking with Drag Queens.

This lecture will be livestreamed on our YouTube channel.