As a current MALAS student and avid reader, I feel very joyful to welcome Ecuadorian writer Gabriela Alemán to our intellectual community. Dr. Alemán is the inaugural Kislak Family Foundation Writer in Residence, part of an initiative by the Center to promote Latin American arts and humanities. Among the activities that she will be engaging in during this semester,  Dr. Alemán is teaching a creative writing class at the Center, launching a book, and organizing my favorite event: an Ecuadorian Film Series.

I have been lucky to have the time to sit down with Gabriela to talk about this project to learn about the works that she will be showing in this series.

This interview is part of a series of interviews with Gabriela Alemán.

M: It seems that you’ve barely started your time at UF, and yet you already have a full agenda. On top of teaching a creative writing class at the, launching a book, and writing a new book, you also have organized a film series about Ecuadorian cinema. Share with us a little bit about the films that you have chosen. Could you give us some glimpses of what they are about? 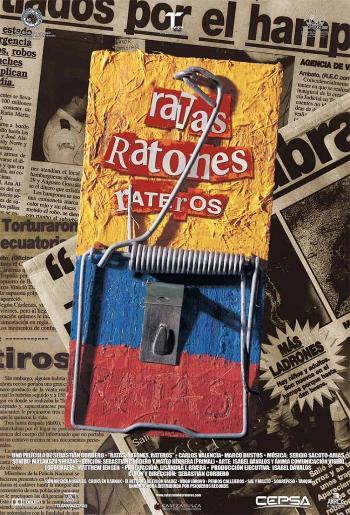 Alemán: I chose Ratas, ratones y rateros as the first movie of the series because when it first came out it was a seminal moment for Ecuadorian film. Looking back, you can say that at that time,  contemporary Ecuadorian film was starting. [Director] Sebastián Cordero had just come back from studying film at UCLA. He put together a group of people, some who had worked in film before, some of his friends, some people he had studied with, and some people who had little previous experience. It was a nice mix of people working in Ratas, Ratones y Rateros, many who later became film makers themselves (Javier Andrade and Simon Brauer, who acted in the film, later became director and director of photography on other projects).

They had a very small “presupuesto” (budget), but they had great energy. It was this energy that came from wanting to tell a story that, in some ways, was very much part of a specific genre: “road movies.” However, it was also steeped in different traditions of Latin American cinema. Some of these traditions, like social cinema, emerged from the time that [Luis] Buñuel spent in Mexico, where he shot Los Olvidados [released in 1950]. There are a lot of moments where Ratas, Ratones y Rateros connects with that sort of cinema. Also, I would describe that the editing is very much linked to the French New Wave. The film is also a thriller as much as it is a road movie. The story it tells crosses different social classes, time zones, and ecological landscapes in Ecuador. Beyond this idea of “crossing,” the film also has an incredible soundtrack.

M: I saw the trailer. The images look a little bit raw.

Alemán: Yes, it's a movie that for a whole segment of Ecuadorian society was a discovery because it was very different from everything that had come before it. And also because it is very much linked to Ecuador´s history. The film was shown in December of 1999 in Ecuador (it had its premiere in September of ´99 in Venice Film Festival) when the economy collapsed and Ecuador adopted the US dollar. In normal conditions, it would have been an incredible blockbuster. It has been one of the most watched movies in the history of Ecuador. But when they started to shoot the film, the exchange rate was around 4.000 sucres per dollar, and by the time they showed the film the sucre was highly devaluated (25.000 sucres per dollar).

What the producers and everybody involved with the movie should have gotten back from the film would have been very substantial if the economy hadn't collapsed. So, the idea was that there was this whole new group of people that were watching movies, this whole new segment that was starting to get interested in Ecuadorian film, and if the money would have flowed, I think Ecuador would have continued to produce many more movies at the time, but because of what I'm telling you, that didn't follow through. 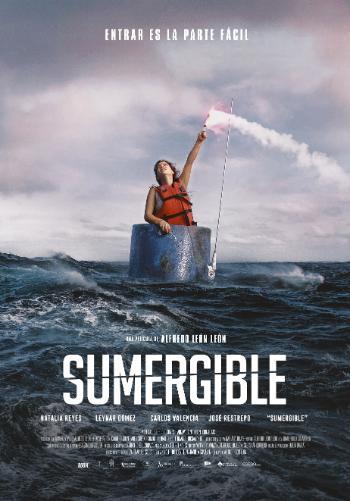 Alemán: After Ratas, Ratones y Rateros, the next movie wasn’t made until years afterwards. Everybody making movies at the time had to stop because the money to finance filmmaking wasn't there. And people had other priorities, they needed to spend their money on basics, like  food and shelter. But still, it was very seminal in that it started this new way of making and watching movies in Ecuador. That's why it needed to open this film series. And to close the series I chose Sumergible, released in 2020, because it follows the end of an arc of twenty years. For Sumergible, Sebastián Cordero [director of Ratas, Ratones, y Rateros] is the producer, and it has Carlos Valencia [lead actor of Ratas, Ratones, y Rateros] as the protagonist of another film, twenty years later. Therefore, it's a nice way of closing an arc, a possible arc, within this very short time period… “short” in terms of film history, but a long time in terms of Ecuadorian film.

Sumergible is interesting because it deals with a topic that has become relevant in the entire world, not just in the Americas, these past few years: “narcotráfico”. Also, it covers an event that really happened: a submarine, made by “narcos” (drug lords) was found by the police. This movie is about a submarine that is out at sea to deliver cocaine. However, there is a mechanical problem, and a bunch of different events revolve around that, including the same idea of “narco” trafficking. It is also about economics and gender relations. It is an interesting movie, not only in narrative terms, but also because the film touches upon contemporary problems in Latin America.

M: What are the other two films in the series?

Alemán: I chose two documentary films made by women who had a very big impact in Ecuadorian film. Both are connected to a very important film festival that was created around the early 2000s, called Encuentros del Otro Cine (EDOC), focused on documentary films. This festival  gave the chance to documentary filmmakers to have a space to show 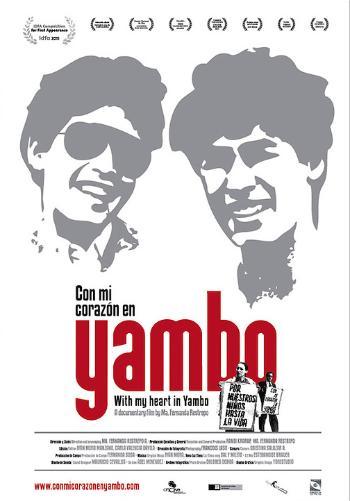 their movies. Before that, documentary films were rarely shown in commercial cinemas, and there was not a big audience for them either. But now EDOC has created this group of people who are waiting for the festival each year in order to see movies that come from around the world and to see new films from Ecuador.

Con mi corazón in Yambo, directed by Fernanda Restrepo, was a phenomenon when it came out. It is very much tied to the history of Ecuador. Fernanda's two brothers disappeared during the government of León Febres Cordero, and their bodies still have not been found. It is a documentary told in the first person, but it is linked to the history of Ecuador: to ideologies, to the different governments we have had, to the way the police acts, to the way people, Ecuadorian citizens, react to the police. The story is riveting, sad and emotional. Usually, Ecuadorian film viewers are very silent in film theaters. They watch, and later they talk with their friends about the movie they saw. But in this film, the people in the film theaters started to talk to the screen. Actually, some would scream at the police officers that appeared in the film, to the authorities that had not done anything to find the Restrepo brothers. That prompted a conversation about those years. In the end, I think it revolutionized the way that Ecuadorian audiences interact with films. 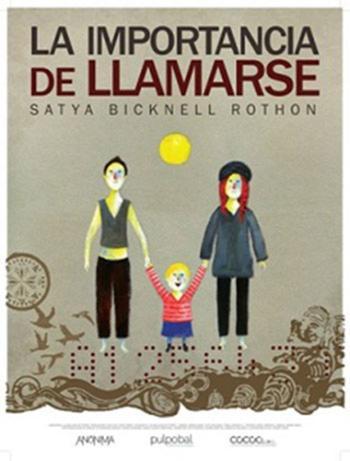 And finally, La importancia de llamarse Satya Bicknell Rothon is Juliana Khalifé's first film. She focused on same sex rights in Ecuador. The documentary follows two women who came to Ecuador to work, had a baby, and wanted to register their baby in the Registro Civil (Civil Registry) with two mothers instead of a mother and a father. And when this happened, all hell broke loose. Juliana´s documentary follows them navigating this process. It is a very heartfelt documentary. It opened a whole discussion on LGBTQ rights in Ecuador. I think both documentaries have this “cercanía” (proximity) with emotions.  Ratas, ratones y rateros, as well as Sumergible, are connected to a cinema that is involved with action and that is kept outside the realm of emotions. But these two documentaries delve inside them.

I had a very hard time choosing them, because by choosing these four, I had to leave some out that I would have liked to show. For example, there are experimental films being made in Ecuador right now. Tito Molina is an incredible director, and I would have loved to have shown some of his films. There are also women making fiction films, not just documentaries, but that will be for a second Ecuadorian Film Series…

M: At the University of Florida, we have a vast array of programs, faculty and students with different career paths and intellectual curiosity. Is there something that you would like to say as your final words in order to motivate them to come to see this film series?

Alemán: Yes, I think it is very singular that after each projection, we are going to have the directors there. It is a very good opportunity for anyone who is interested in film and culture in Latin America to talk directly to the directors. You would get to ask interesting questions. For example, for Con mi corazón in Yambo, [director] Fernanda Restrepo went into the archives of television stations and travelled around Ecuador in order to document the period of her brothers disappearance. She also resorted to family archives searching for answers. In that sense it is a very singular chance of having a director there to ask her how she did it, how she was able to go through these very hard and sad situations, as well as how she made sense of the very conflicting answers she received from the different government officials she interviewed. From the time her brothers disappeared until she made the movie in 2011, there had been at least five different presidents in Ecuador with different ideologies, and none of them gave real answers to the family.

For someone interested in the history of cinema in general, it would be interesting to talk with one of the people [director Sebastián Cordero] who initiated contemporary cinema in the early 2000s in Ecuador, and who later also became a producer. In that sense, one can think about what the future of filmmaking in Ecuador could be, and what does it entail to make a movie at this moment – in the early 2020s or late 2010s –  as Alfredo León did with Sumergible.

Alfredo’s experience can shed some light about the production process. For example, he got involved with different co-producers in order to finance his film. This also explains why he had actors from different countries. In terms of this film, we also invited the director of photography, Daniel Avilés, because he studied in Florida. And I think this would interest someone who studies here now, and  is looking forward to working in this field in another country. In his case, after completing his master’s degree in Florida, he went back to Ecuador to work on several fiction movies that have been successful in movie theaters.

M: Thank you, Gabriela, for introducing us to the films, and for presenting a wide range of topics that certainly appeal to the UF community.

We hope to see you in the film series!