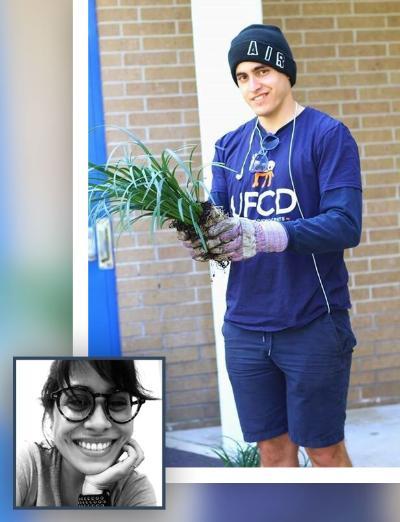 Community building and scholarly work are not mutually exclusive. On the contrary, all academic endeavor is shaped by the relationships we establish throughout the process. We assign meaning to the encounters with people, places, species, objects and cultures that surround us. Therefore, our academic work should recognize and highlight the way in which these approaches shape our research design and fieldwork decisions. Along the way, we not only build knowledge; we also learn to forge communities of collaboration and a develop a sense of belonging.

Communities are as diverse as their members. Such heterogeneity calls for a commitment in which continuous effort and negotiation are needed to find common ground. This understanding can emerge from shared experience, values, culture, or a place, and the strength of its bond ratifies through respect, flexibility and reciprocity. Hence, the connection between scholarship and community not only allows us to understand our place as researchers and as community members, in turn, this awareness guides us to engage with the world in a meaningful way.

Marcos Silverio Ramos Valdés, winner of the 2021 Charles Wood Thesis Award, invites us to reflect upon these topics with his MALAS thesis: The Role of Home Gardens in Creating Community Ties in La Habana, Cuba. As I had the opportunity to speak with him, I was able to get to know about his intellectual interests, and learned about how anthropology gives us tools to understand some of these relationships. “Often, Latin American studies focuses too much on politics, crime, violence, and so forth,” he said. “There is beauty in our cultures that lie outside of our status as peripheral. Music, food, relationships, and so forth. As someone who grew up with these gardens, I grew up having an intimate connection with the land and the plants provided to us. I think all of us in Latin America have experienced this one way or another but there has to be a retrospective and a deep take on it.”

Community as a starting point

Born in Cuba, Marcos migrated to the U.S. with his mother at the age of eleven. The family settled in Orlando, Florida, where they built ties with the Latino community through his grandfather’s “cafeteria” (small restaurant). The family also continued to cherish the relationships it already had back in Cuba.

When it came to deciding about his research topic, Marcos’ deep bond with the land and the gardens allowed him, in first place, to highlight the importance these gathering places had in the history of the “campesino,” as well as in the internal migratory movements from the countryside to La Habana. Second, it enabled him to render a more intimate account of the experience. Also, besides his first-hand understanding of the Caribbean experience, Marcos was inspired by two Cuban intellectuals passionate for this geographical zone: “Jose Barreiro, an indigenous Cuban scholar really inspired me to do work in Cuba,” he shared. “And to try to focus on the real history of Cuba that Fernando Ortiz talks about, one that comes from real Cuban experiences and is without American politization and theory.”

Marcos’ theoretical framework draws precisely from the concept of transculturation, proposed by Fernando Ortiz. This conception allowed him to explore how Cuban culture was able to incorporate diversity regarding a historical past, practices and social experiences. One of the ways in which diversity is shown in its text is through the catalog of plants that Marcos was able to identify in “los barrios” that he studies. Also, drawing from American scholar Natasha Myers, he argues that gardens should be considered in its all possibilities, and also that the notion of “nature” should be stresses through looking at the relationship between plants and humans. “I decided that I wanted to treat plants in a post-human fashion which means that I wanted to make plants as social agents that influence social action. As a result, humans also became the focus of my work, and how gardens are the mosaic by which the cultural background of the person is painted upon. I wanted to see if this was the case.”

Through his investigation, Marcos identified that gardens in Cuba were common grounds through which community members were able to establish links within social, economic and religious aspects. This space allowed them to gather and, as Marcos writes in his thesis, the “[p]hysical spaces that promote dialog between neighbors, by facilitating a system of friendly reciprocity, and by holding a deep religious significance that links the gardener and the community with their ancestors and the divine.”

COVID-19 imposed some challenges for Marcos and his research design. Because he was unable to travel to Cuba, he relied on his creativity and on the relationships he had back home. Having his mother as a starting point, he was able to build a snowball sample for a single family participants in some “barrios” of La Habana. He also shared that to him it was important to step away from top-down research, and instead, allow the field to inform and keep shaping his theoretical approach, in a more grounding manner. In terms of how to approach his questions, Marcos incorporated into his questioner open and closed questions that could give him a broader perspective of the phenomena he was studying. The community members of “los barrios” also contributed to the research by taking and sharing photograph of their gardens and their plant species. Readers are able to appreciate the diversity of the garden’s designs, such as hanging gardens with plant pots made from recycled containers.

In terms of how to disseminate his findings, Marcos found it challenging, as he was not able to send any documents other than pictures. Therefore, information was shared gradually through relatives, family and “padrinos,” as Marcos called them. One of the things that some of the community elders would highlight about the experience is how the research was able to present that people continue to practice medicinal gardening, even amongst the younger ones, which was something thought to be lost.

Receiving the Charles Wood Thesis Award has a special meaning for Marcos. As we engaged in code-switching between Spanish and English, we talked about the food that we missed from our respective countries of origin, the communities that we left behind, the music and history that Cuba and Puerto Rico share, and also, we exchanged our experiences in MALAS. I was able to learn about how much it meant to him to have been able to focus on his education, after all the effort that he had put into it, and the opportunities he is grateful for that allowed him to complete his projects. He especially recognized the support he received from his mentors and professors, such as Dr. Karen Kainer, Dr. Augusto Oyuela Caycedo, and Dr. Catherine Tucker, who either helped him shape his research interests or inspired him to pursue new challenges.

His family has also been a major source of support. He dedicated his thesis to both his mother and grandmother. When I asked him how he felt about winning this award, and what his family felt about it, he shared, “It is a great honor. I did not think I would win. My mother and grandmother were more hopeful, but I always try to humble myself and think that there is always room to improve.”

As of right now, Marcos is an anthropology student pursuing a PhD at the University of Cornell in New York. He is interested in archeology, and although he will always be engaged with Cuba, he said, “The heavy politicking and the pandemic make it very hard for me to go excavate so I have shifted my research focus – with similar questions – to Honduras, a place I have been introduced to very amicable thanks to Catherine Tucker and her work. My advisor, John Henderson, has been a great mentor and friend in helping me move my research to Honduras, where he has worked for many years.”