This article was originally published in the Fall 2021 edition of The Latinamericanist. Read the whole issue here, or scroll below.

It's a Tuesday. Professor Lillian Guerra is teaching two classes today, at 10:40 am and 1:00 pm. But her day begins at 5:00 am. She goes for a four-mile jog, downs a cup of coffee, and drops her kid off at school. As soon as the car door closes, she’s on a call. It’s time for a pre-interview with Voice of America (VOA), the largest U.S. international news broadcaster. Dr. Guerra works out details with the interviewer for the remainder of her commute. The questions are incisive, and well researched. When she arrives at her office, they're ready to go live. 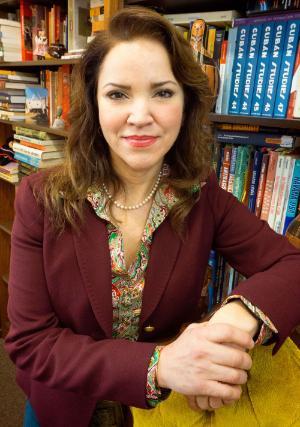 Recording for VOA’s weekly audience of approximately 311 million people around the world, Dr. Guerra brings her expertise in Cuban and Caribbean history to the airwaves. She discusses the significance of Cuba’s recent protests, the response by the Cuban government, and policy recommendations for the U.S. government moving forward. When the interview ends, it’s 10:35, and time to meet her students for her first class, “Film, Image & Revolution in Cuba.”

Professor Guerra is just one of a number of UF's Latin American Studies faculty who step beyond their traditional role of professor and into the public media to share their insights and expertise with a general audience. Featured in print, video, and podcast across outlets such as PBS News Hour, The New York Times, NPR, The World, and CNN, Dr. Guerra has become a leading public voice on Cuba’s protests.

“I was always fascinated by how the study of history could explain contemporary events,” Dr. Guerra says of her motivation to engage with the general public. “When you look backward, whether 20 years or 200 years, you see the emergence of patterns, especially in unequal systems of power and wealth. In my classes, in my writing, in my media appearances, it’s my driving interest to demonstrate how history can answer big questions about current events.”

In recent years, Dr. Guerra has had greater opportunity to express her analysis to the media about Cuba, a result of consequential U.S.-Cuba policy changes from the Obama and Trump administrations, the shifts of power from Fidel to Raúl Castro to Miguel Díaz-Canel, the rise of corruption in the Cuban state, and the eventual bubbling over of discontent by the Cuban people. July’s unprecedented protests garnered the attention of international media, opening a space for Cuba experts to educate the public on the complexities of the topic.

There are challenges, though, for Latinamericanists to engage with the U.S. media on their areas of expertise, even when Latin American countries are in the news. For Professor Andrew Janusz, a political scientist specializing in Brazil, the primacy of U.S. politics in U.S. news means there’s less interest in the politics of Brazil, or of Latin American countries in general. But Dr. Janusz, who has been featured in the Washington Post, The Conversation, and CNN, still sees opportunities for an understanding of Latin America to enrich Americans’ perspectives on the U.S. 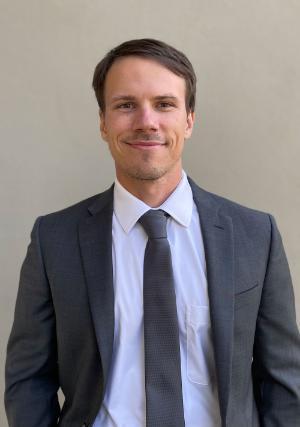 “We oftentimes talk about transmitting knowledge from the West to Latin America, and extrapolating from here to there,” he shares. “But really, we can do the same in reverse, in what we’re seeing with respect to politics, racial policy, economic policy, policy reforms, how to foster equality. It can be illuminating for the U.S. audience.”

This intention of education and exchange between the Americas is fundamental to the mission of the Center for Latin American Studies, where faculty commonly turn to wider audiences to advance public knowledge about the region. With an eye on significant developments in the news, Center director Dr. Carlos de la Torre frequently mobilizes Center faculty and leading academics from other institutions on panel events livestreamed for the general public. Throughout the summer and fall semesters, the Center responded to protests and political crises alike, with events analyzing ongoing situations in Colombia, Cuba, and Brazil. Dr. Guerra herself spoke on three panels about Cuba from May to November, and Dr. Janusz was featured on the panel “Democratic Crisis in Brazil” in September.

“It’s vital for the Center to be engaged with current events in Latin America. We want to show how our faculty are leading experts in their fields,” Dr. De la Torre says. “More than that, our faculty are engaged with real-world applications and realworld impacts, for the countries and communities we work with. We embrace this opportunity to communicate with the public and educate them about issues in Latin America.”

Without contributions from Latinamericanists, depictions of Latin America in the U.S. media are often limited, imparting an image that's centered on struggle rather than solutions. Rectifying this is a key motivation for Professor Benjamin Hebblethwaite, who specializes in languages and culture of Haiti. “With Haiti in particular, the media tends to focus on the superficial details of current events and people, whereas Haitianists like me are looking for ways to shift away from failed modalities to create constructive alternatives.”

In August, Dr. Hebblethwaite wrote an op-ed for Foreign Policy Magazine titled, “Haiti’s Foreign Language Stranglehold,” which examined Haiti’s current challenges through the lens of its Francophone language policy. He followed up with another op-ed in The Hill, advocating for the innovation of safe and sustainable rebuilding materials like hemp after one of Haiti's devastating earthquakes. 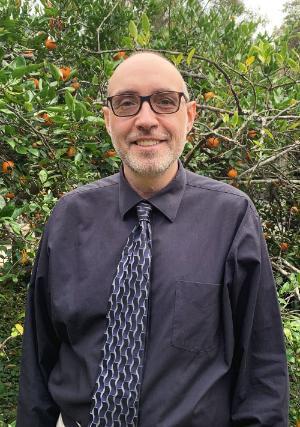 “My effort to write op-eds is animated by frustration,” he explains. “There are problems in Haiti that cause immense suffering for most of the population.”

Dr. Guerra is similarly motivated to shift the typical focus of U.S. media on Cuba, a country that casts a long shadow in the American psyche. “One thing that I have wanted to get away from is this notion that Cubans were brainwashed,” she shares. “Another is that you could simply understand Cuba if you understood Fidel Castro. For years, when I talked with Americans, they acted like he was the only man on the island.”

Instead, Dr. Guerra seeks to centralize the Cuban people in conversations about Cuba, a perspective that often goes missing from U.S. media talking points. “Cuba from within,” she says, is key to studying and understanding a country subject to stereotypes and misrepresentations from both the U.S. and Cuban governments. There’s one tool she specifically cites as instrumental to achieving this: empathy.

“When I speak in the media, rather than talk in abstracts, it’s more effective to tell a story,” says Dr. Guerra. She employs this same strategy with her students, exemplified in her course “Film, Image & Revolution in Cuba.” “Films and art and music are endowed with a kind of emotional capacity to create empathy that you don’t find if you’re just talking about the economics. Emotion pulls people out of their comfort zones, and it helps us reach a more sophisticated level of analysis and knowledge in my class.”

Both Drs. Hebblethwaite and Janusz echo the interrelationship between teaching students and educating the public. “Because my work beyond the classroom argues for alternatives and solutions, it allows students to grasp the immensity of unfinished work in Haiti and it shows them that there is a myriad of untapped opportunities there,” says Dr. Hebblethwaite.

For Dr. Janusz, his students help guide the way he presents information in a public outlet. “Because students at UF are extremely intelligent and well-informed, they ask the types of questions that members of the public are interested in,” he says. “Our class discussions motivate me to think about those questions and how the general public can benefit from learning about them.”

Beyond that, Dr. Janusz says, professors who embrace their roles as public intellectuals can exemplify to students that public scholarship is a means of leadership. “It’s a way of showing students that their education in Latin American Studies is a foundation of knowledge that they can use to make an impact in the world around them – towards more equality, more justice, more prosperity for all.” ◆