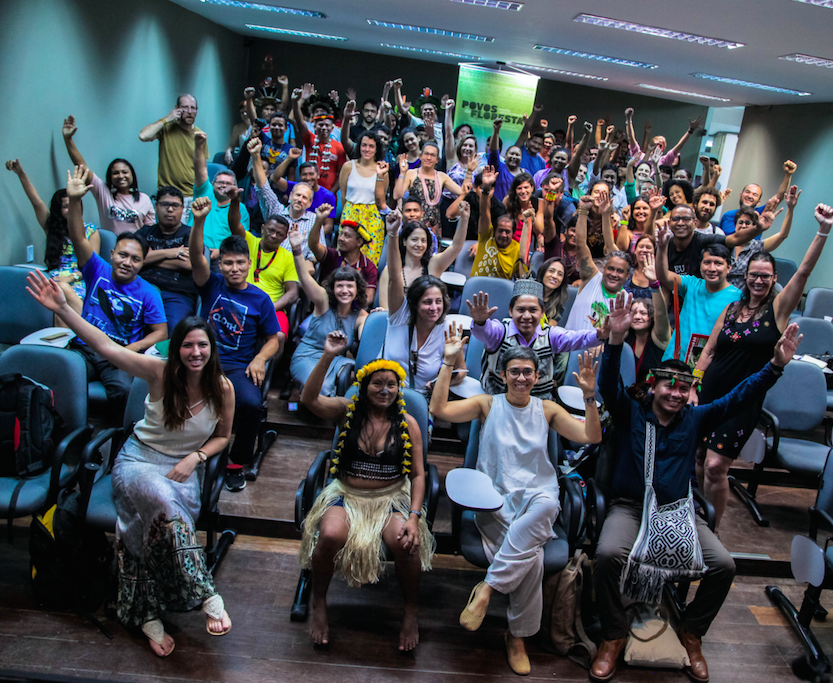 Last month, in an unprecedented collective effort, the Workshop Peoples of the Forest: Connections and Self-determination - Juridical and Technological Tools for Territorial Management in the Amazon, held at the Federal University of Pará during the 16th International Congress of Ethnobiology/XII Simpósio Brasileiro de Etnobiologia e Etnoecologia (also known as Belém+30), brought together around 128 people, among them 40 indigenous representatives, 37 nongovernmental organization (NGO) technicians, 36 academics (professors, researchers or university students), 9 government officers, and 4 Quilombola* representatives. Members of 20 indigenous groups of Brazil and Peru were present.

For Dr. Simone Athayde, a Core Faculty of the Tropical Conservation and Development Program in the Center for Latin American Studies at University of Florida and co-organizer of the event along with Fernanda Bortolotto, from the  Instituto de Pesquisa da Amazônia (IPAM) and several other Brazilian institutions, it was a great opportunity to hear and learn directly from the people who are using and innovating technological tools and developing consultation protocols to protect and defend their territories.

Among the tools shared, Genisvan Macuxi, Roiti Metuktire e Kokokroriti Metuktire presented their experience and local innovations using the “Alerta Clima Indígena” (Alert Indigenous Climate), a cell-phone app designed by IPAM to take to the hands of indigenous people, information such as heat spots, fire risk, rainfall, temperature and deforestation in real time. The app is available for Android cell phones and available for download in the Google Play store.

Indigenous and traditional peoples shared videos, experiences, self-demarcation experiences and self-developed consultation protocols. The Wajãpi were the first to develop their consultation and consent protocol: Wajãpi kõ oõsãtamy wayvu oposikoa romõ ma´ë – Protocolo de Consulta e Consentimento Wajãpi, published in 2014, supported by the RCA (Rede de Cooperação Amazônica). After them, 10 other indigenous groups, as well as traditional riverine populations and Quilombolas - Afro –descendent communities, have developed and used their protocols as a tool to defend their right to free, prior and informed consent (FPIC), in relation to projects and actions that may impact their territories or ways of life. 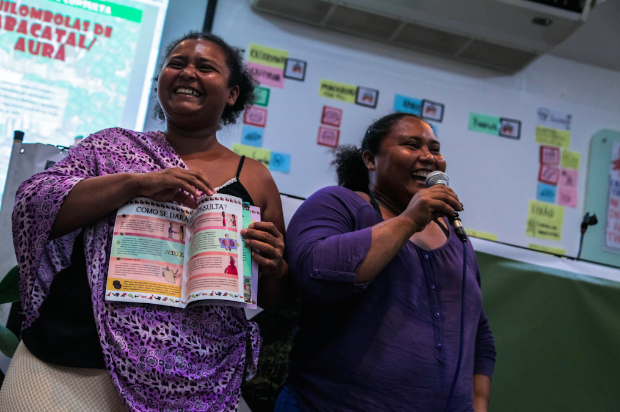 Vivia and Francisdalva da Conceição Cardoso, representatives of the Quilombolas of Abacatal Afro-descendant traditional peoples, sharing their consultation protocol during the event.

The Mundurukú of the lower Tapajós have used their protocol to fight large dams planned for the Tapajós river, which were archived by the Brazilian government. According to Alessandra Korap Mundurukú: “Because of the consultation protocol, we were the first people able to make a dam project to be shelved.” Recently, the protocol of the Juruna or Yudja people of the Xingu Big Bend (Volta Grande do Xingu) was also used in a lawsuit against the Belo Sun mining company. Accoding to Vivia da Conceição Cardoso, representative of the Abacatal Quilombola community, according to their protocol, first their Association is heard, then the women, men, children and everyone: “We have to always reach consensus because we use the same water, the same forest, the same land.”

The workshop contributed to the recognition of the social, cultural and legal diversity represented in the Amazon. One of the results of the event was the inclusion of a Statement (Statement # 3) in the Belém +30 Declaration, reinforcing the need for States to respect the right to free, prior and informed consultation and consent of indigenous peoples and traditional populations, in relation to actions or projects that may affect their territories, sacred sites or ways of life. In this statement, the right to say no was stressed, as well as the need to respect protocols and traditional ways of consulting these populations.

The event was collectively organized and supported by several institutions, with partial financial support from the Gordon and Betty Moore Foundation and the Instituto Clima e Sociedade – ICS.

* Quilombolas are Afro-descendant communities in Brazil, who have acquired special rights to their lands, cultural identify, livelihoods and self-determination.

For more information and access to the Workshop’s materials, video and report, visit the event’s website or wath the event video below.