Statement From Brazilian Students at the Center for Latin American Studies

In the face of the brutal execution of Marielle Franco, a councilwoman of Rio de Janeiro (Brazil) from the Maré community and her driver Anderson Gomes, the Brazilian students linked to the University of Florida's Center for Latin American Studies publicly manifest their grievance for their deaths. Our aim is to call attention to the current and widespread wave of violence in Brazil and the fragility of the exclusionary democratic state, which culminates in chronic precarity, especially for those whose lives exist at the intersections of multiple, reinforcing oppressions.

Marielle Franco was a fierce defender of these lives and a human rights activist raising the voices of women, historic black communities, favelas dwellers, LGBTQ, and others. She also fought against the institutionalized brutality of the Brazilian police. Furthermore, she had recently integrated a committee responsible for monitoring the military intervention in Rio de Janeiro. Finally, Marielle had denounced a group of policemen for killing innocent people just a few days before her execution.

Her death highlights and symbolizes the continuous threats against social and environmental activists in Brazil. Activists who are critical in the battle against the structural hegemonic forces that attempt to subvert the institutional and cultural space for justice, while eroding the salient humanity from our communities. It is crucial that those responsible for the crime are held morally and legally accountable and do not remain in impunity. It is vital that the voices of these activists and those whom they represent continue to echo. For they serve as a reminder to those in power about the immortality of subaltern manifestos and to us as a rallying cry, around which to mobilize our own solidarities, as we challenge the oppressive and unjust status quo.

In deep sorrow, we mourn. Outraged, we join the people fighting for hope, justice, and their rights. Marielle will not be silenced. #MariellePresente 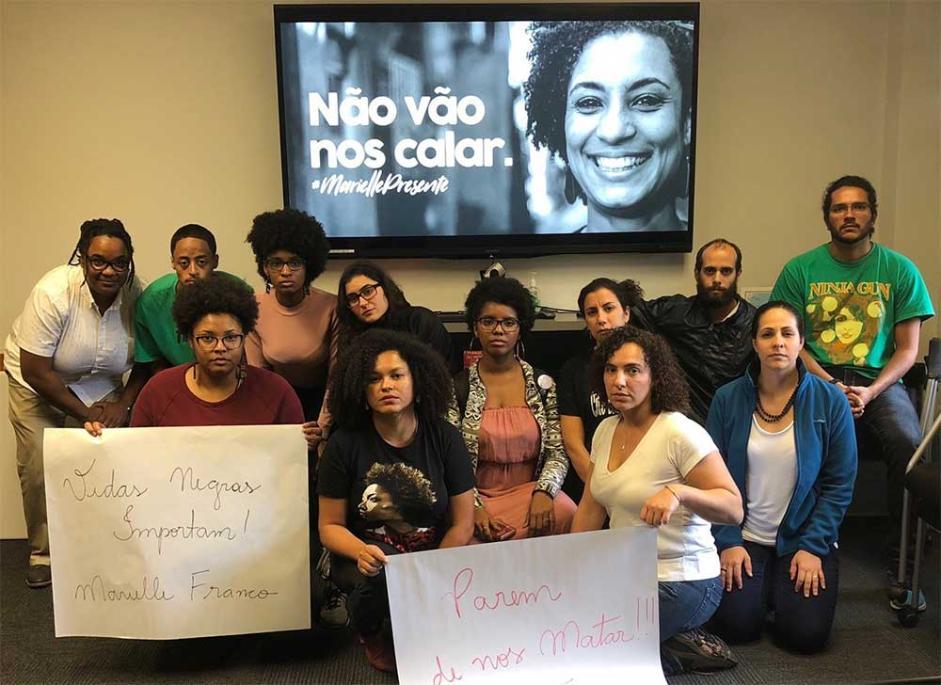