Last week, the University of Florida’s Center for Latin American Studies and LGBTQ Affairs hosted guest activist, performer, and scholar Malayka SN for two events. The first of these events was the Gaytor Drag Race, a drag competition featuring student Queens and Kings, in which Malayka gave a special performance which was met with loud cheers and applause from the audience. The following day Malayka gave a lecture titled “Monstrosity, Drag and Human Liberation” in which they discussed their activism and message. Malayka SN's visit was organized by Center for Latin American Studies' faculty Dr. Tanya Saunders. 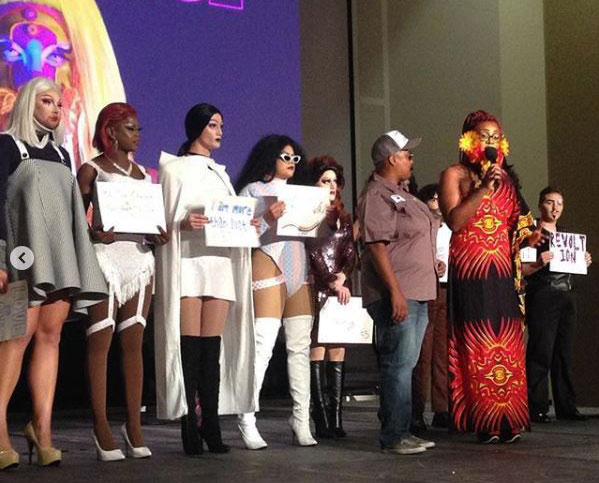 Malayka is from Salvador de Bahia, Brazil, where they are a graduate student at the Federal University of Bahia within the School of Fine Arts. Their name comes from the Swahili word for “Angel”. The “SN” means “Sem Nome” (nameless) or “Sem Número” (numberless) to capture the genderless nature of angels. In their work, Malayka explores the intersections of race, gender, and sexuality through drag performance. They are particularly interested in blurring the lines between gender and monstrosity, as is evident through their unique drag style which breaks away from traditional notions of femininity. To Malayka, monstrosity is also a way of exploring Blackness in Brazil. In the lecture, they stated that they wanted people to question whether they were a man, woman, or monster from their performance. 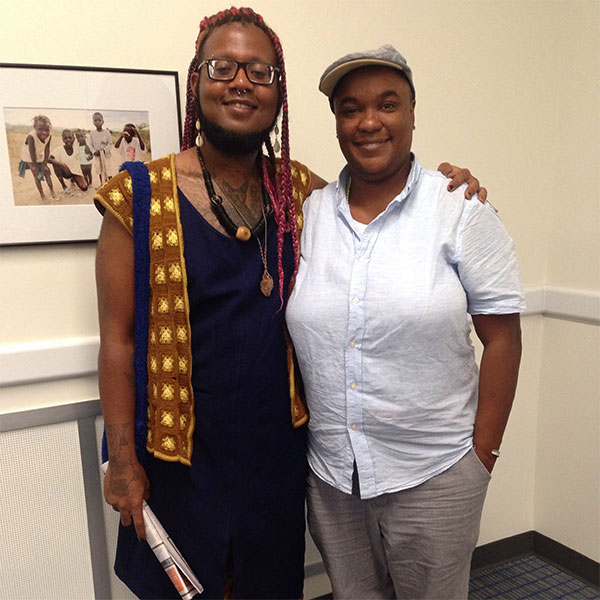 Within the drag community in Salvador, Malayka is helping to create a space for monstrosity with events such as “The Strangest Tuesday in the World” in which other drag performers who play with aesthetics to engage race, gender and sexuality are able to share their work in a non-institutional setting. This event, which takes place at the “Âncora do Marujo” bar, is one of the few spaces of its kind in a city of nearly 3 million people. Malayka explained that they are concerned with issues of the body, identity, and space. They believe in the importance of reclaiming spaces that were taken from Brazil’s Black and Queer communities, as is evidenced through their work with the afro-futuristic AfroBapho collective. In a discussion following Malayka’s lecture, participants discussed how Malayka’s art is so important because it brings visibility to marginalized communities and allows us to imagine new possibilities for the future. This is especially important today as Brazil goes through such a politically tumultuous time that will likely lead to increased violence in the country.