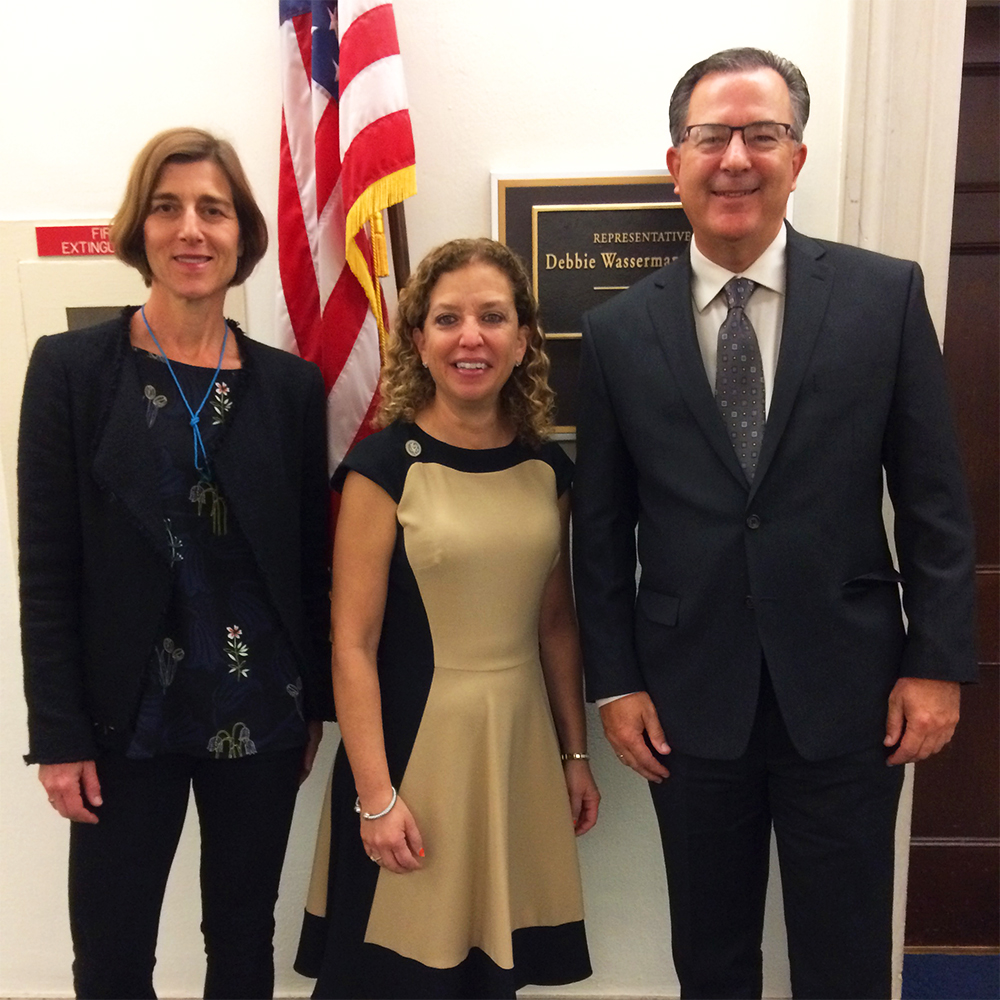 As part of a Coalition for International Education initiative to promote the Title VI and Fulbright-Hays programs, Center for Latin American Studies Director, Dr. Philip J. Williams, and Center for African Studies Director, Dr. Brenda Chalfin, travelled to Washington DC to meet with congressional staff of Senator Marco Rubio, Rep. Debbie Wasserman Schultz, and Rep. Ted Yoho. The aim of the trip was to affirm the importance of Title VI and Fulbright-Hays programs not just at a university level, but also from a national security perspective through the training of students in critical languages and area studies that help further our country’s security and global competitiveness.

Title VI language and area studies programs were established through Title VI of the National Defense Education Act (NDEA) of 1958. The programs arose out of a national security need to have trained individuals with sufficient language proficiency to further the goals of US national security needs. Along with Title VI, NDEA also funded the creation of National Resource Centers (NRCs), the creation of current Foreign Language and Area Studies (FLAS) fellowships, the international research and studies (IRS) programs, and language institutes (LI). Per the US Department of Education, “Together, these programs formed a comprehensive approach to foreign language and world region education that would help prepare the United States for current and future global challenges.”

Fulbright-Hays was created in 1961 with the goal of improving foreign language and area studies in the United States. The program provides doctoral students, engaging in foreign language or area studies research, with the opportunity to complete their dissertation research abroad. Per the US Department of Education, “Fulbright-Hays programs, in particular, have provided critical links to areas of great political sensitivity over time.”

Founded in 1930, the UF Center for Latin American Studies was the first research center in the United States to focus on Latin America. Thanks to its continued efforts to tackle growing interests in foreign affairs, the Center has been designated a National Resource Center by the US Department of Education since 1961. As of 2016, the University of Florida ranks second as the top producer of Fulbright US Scholars among research institutions across the nation.

More information about Title VI and Fulbright-Hays programs can be found on the USDE’s website: https://www2.ed.gov/about/offices/list/ope/iegps/history.html