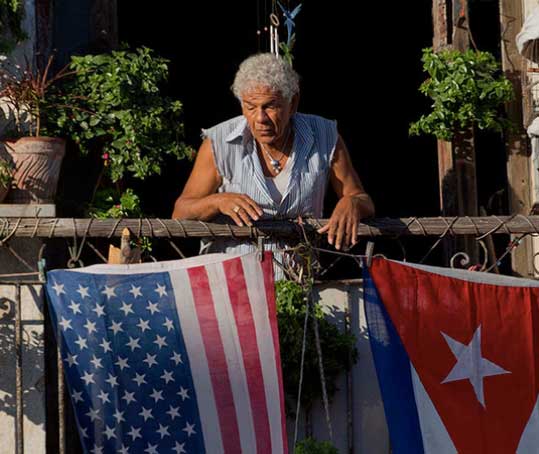 Will Trump's policy put a freeze on the U.S.-Cuba thaw? AP Photo/Ramon Espinosa

Editor’s note: President Donald Trump announced on Friday a partial reversal of former President Barack Obama’s policy of engagement with Cuba. Trump restored travel restrictions and prohibited financial transactions with the Cuban military. Under the new policy, Americans visiting Cuba for specific, approved purposes will be forbidden from spending money in hotels or restaurants with ties to the military. Airlines and cruise ships, however, may continue to expand travel to the island, while the U.S. embargo will remain in place. We asked two experts on U.S.-Cuba relations to explain what these changes mean.

Cuba “is a domestic issue for the United States and not a foreign policy issue,” Brent Scowcroft, President George H. W. Bush’s national security adviser, observed in 1998. “It focuses more on votes in Florida.” From the end of the Cold War in 1991 until 2014, when Obama decided normalizing relations would better serve U.S. interests abroad, U.S. presidential candidates feared that any opening to Cuba would cost them Cuban-American votes in the battleground state of Florida.

Now, Trump has turned back the clock and announced a new Cuba policy at the Manual Artime Theater in Miami’s Little Havana – named after the leader of the Cuban exile brigade that stormed ashore at the Bay of Pigs. According to senior administration officials, Trump decided to tighten the U.S. embargo because he owed a political debt to the brigade’s veterans’ association, which endorsed him for president at a time when the race in Florida looked close. In return, he promised to reverse Obama’s policy. Promise made, promise kept.

In May, an interagency policy review of Obama’s Cuba policy found that it was working. Trump’s White House rejected the result and wrote its own hard-line policy with the help of Cuban-American legislators Rep. Mario Díaz-Balart and Sen. Marco Rubio. “They worked with us hand in glove,” explained a senior administration official.

But they didn’t get everything they wanted. Díaz-Balart’s original recommendation was to roll back everything Obama had done to foster trade and travel. Faced with a flood of appeals from U.S. businesses not to cut them out of the Cuban market, Trump relented, prohibiting only people-to-people travel by individuals and financial transactions with enterprises managed by the Cuban military. As the administration official explained, “You can’t put the genie back in the bottle 100 percent.”

As foreign policy, Trump’s new tough stance makes little sense, in my opinion. Many Latin American countries expressed support for Obama’s policy of engagement. By reversing it, Trump imperils their cooperation on issues like migration and narcotics trafficking. Disengaging also leaves the door open for China and Russia to continue expanding their influence on the island.

Finally, the United States needs Cuba’s cooperation on issues of mutual interest such as environmental protection, counter-narcotics cooperation, and migration – cooperation that will be harder to sustain now that Trump has restarted the Cold War in the Caribbean.

Essentially, the Trump administration’s goal is to loosen the grip of the Cuban government and military on the economy and, in doing so, encourage growth in the private sector and lead to political change.

It is far from clear, however, that the new policy will achieve these aims. Rather, its immediate effect will be to hurt Cuba’s nascent private sector, especially in the tourism industry, in which the business arm of the Cuban military (known as GAESA) is heavily involved. U.S. businesses won’t be happy either.

Thanks to the thaw, tourism had been a bright spot in Cuba’s economy, which suffered its first decline in 23 years in 2016 because of a drop in export income. In contrast, tourism has been booming as a record 4 million tourists visited Cuba last year, an increase of 13 percent, with a growing share from the United States.

Trump’s tighter travel restrictions will likely reverse that trend and discourage Americans from visiting the island, adversely affecting private Cuban businesses – and the jobs and incomes that depend on them – as well as American companies that were hoping to benefit from the opening of relations initiated under Obama.

And the prohibition on direct dealings with the military will make it harder for hotels expanding to Cuba to operate. In mid-2016, Starwood became the first U.S. hotel company to operate a location in Cuba in almost 60 years, and many other chains have been expressing interest in expanding to the island.

These U.S. hotel chains may have to withdraw or scrap expansion plans unless the Cuban government pushes the military out of the industry – which is possible.

Even Cuban businesses with absolutely no ties to the military – such as private restaurants and small bed-and-breakfasts – will be hurt by the policy changes because of the likely drop in American visitors.

As it happens, the new policy seems out of step with a large part of the business community and most Americans. For example, the Trump administration will continue to face pressure from U.S. business and agricultural companies, many with close ties to the Republican Party, to expand commercial relations with Cuba. These include efforts to end the prohibition on the use of credit in sales of farm products to Cuba (currently transactions must take place in cash).

And polls show a growing share of Americans favor normal relations with Cuba. Nearly six in 10 support lifting the embargo.

For the time being, however, a dwindling number of advocates of a hard line on Cuba have prevailed, and there are no new negotiations with Cuba on the horizon. Eventually, however, pressures from business and popular will may force the president to try to broker a broader deal with Cuba including, perhaps, an end to the embargo.

This article was originally published on The Conversation. Read the original article.