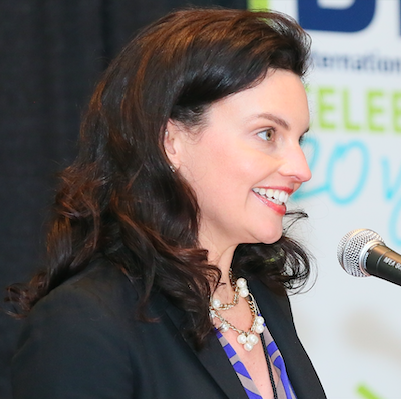 Meredith Fensom is a Florida native who has a special interest in Latin America. She finished her undergraduate studies with a Bachelors in Political Science and a study abroad experience in Buenos Aires. Falling in love with the country, culture, and people, she decided to pursue a Law degree at the University of Florida in conjunction with a Masters in Latin American Studies. After submitting her thesis, Judicial Reform in the Americas: The Case of Chile, she was awarded a Fulbright Scholarship in Santiago, Chile.

From working for the University of Florida to the Office of the U.S. Trade Representative, Meredith continued to expand her knowledge of the region. What did change, however, was her career. Originally, she thought that she was going to have a legal job working with trade agreements between the U.S. and Latin America. However, this grew to agricultural trade work for private clients, then biotechnology regulatory work and she has become a trailblazer for biotechnology companies operating in the region.

Can you tell us more about what you are currently doing?

I am working for the Intrexon Corporation, a U.S. biotechnology company that encompasses the health, food, energy, consumer, and environment sectors in order to realize a better, healthier planet. My role is to be the facilitator between the company and the governments of our priority markets. Intrexon is a very innovative company and often there isn’t a regulatory pathway in place for the products we have created, so it is my job to work with the governments to ensure we can commercialize our products. We have been working with various governments in the region to deploy our genetically modified mosquitoes in order to reduce the Aedes aegypti species which carry diseases such as Zika, dengue, yellow fever, and chikungunya.

How has your MALAS degree helped you prepare for your career?

My degree in Latin American Studies has made me a unique candidate with a well-rounded view of the continent. My MALAS degree has given me knowledge of the history, political structure, and culture that shape the countries and affect how they conduct business. Also, the language requirements encouraged me to learn Brazilian Portuguese which has set me apart from other candidates and has been very helpful when working with the Brazilian government.

What advice would you give to MALAS students?

That’s a great question, I actually have more than one piece of advice! First, try to learn Brazilian Portuguese. There are a lot of native Spanish speakers, especially in Florida, but if you know both languages it will distinguish you from other candidates competing for regional jobs. Second, try to expose yourself to as many different areas as possible. Even though I ended up working at a biotech company, I did not study agriculture and health in school because I thought I was more interested in history and politics. Doing internships and fellowships during or after school are very helpful to figure out what you enjoy. Third, love what you are doing because that’s what you are going to do best. And lastly, make sure to keep an open mind. I never thought that I would be working in this sector and I ended up loving it.