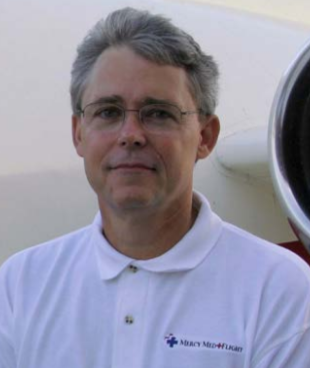 As the son of a Guatemalan mother and a pioneering airline pilot, Alan Bonderud embarked on a journey he hoped would lead to a career selling big airplanes in the Americas. After learning to fly and earning a BA in political science with a certificate in Latin American Studies, Alan turned his attention to the master’s program at the UF Center for Latin American Studies. Advisors tailored a program for him to study economic development, underpinned by language, history, culture, and politics. He earned his MA in Latin American Studies in 1976, after submitting a thesis involving a summer of research in South America. Alan then earned his MBA, and a commercial multi-engine pilot license.

Alan started his aviation career with Mooney Aircraft selling high-performance planes in the southeast U.S. and Latin America. Thirty years later, in partial response to his wife’s illness, he took early retirement from Lockheed Martin where by this time he was responsible for the company’s international sales of multi-engine transport aircraft. Since then, Alan has pursued what he devotedly calls “merciful service”. He served for a season as executive director of a free, charitable air ambulance that flew indigent patients in a jet equipped as a mobile intensive care unit. Alan then moved on to accept various leadership roles in Christian ministry to prisoners.

Can you tell us more about what you are currently doing?

Today, in addition to helping launch a prison mentoring ministry, I serve as Board Chairman of Metanoia Prison Ministries. Metanoia is a nationwide non-profit that engages the Church to prepare prisoners for successful return to family, church, work, and society.

I’ve enjoyed being on the front end of things, taking new products and programs, to new customers, in new settings, employing new innovative strategies and approaches in complex environments. I’ve enjoyed hiring and working with people with character, teaching them our craft, and equipping & motivating them to do hard things well, bringing long-term, high-value campaigns to fruition.

How did your MALAS degree and the Center help you prepare for your career?

In a not-so-successful period of college life, I actually failed as an undergraduate. UF gave me a second chance. I was mentored by two remarkable professors who helped me thrive in an academically rigorous environment. I came to understand influences on decision making at national and regional levels. Other students challenged me to be intellectually honest about my faith. I courted my future wife there. Each of us in the interdisciplinary MALAS program pursued “different objectives together”. It was an extremely satisfying experience in an intense challenging environment, immersed in diverse national cultures, working harmoniously in close community, where failure was not an option.

What would you most encourage MALAS students to take away from their experience at the Center for Latin American Studies?

First, “start with the end in mind” in tailoring your own unique foundation. Have as clear an understanding about what you want to accomplish then take advantage of the outstanding faculty and broad range of programs available to you through the Center and UF. Second, be intellectually honest in every area of your life. Don’t let popular culture, political correctness, or extreme currents - either liberal or conservative, dominate your world views. Finally, use this time to build character, understanding that organizations would rather bring on people with character and teach them the work at hand, rather than hire people with certain skill sets and only hope to find character.